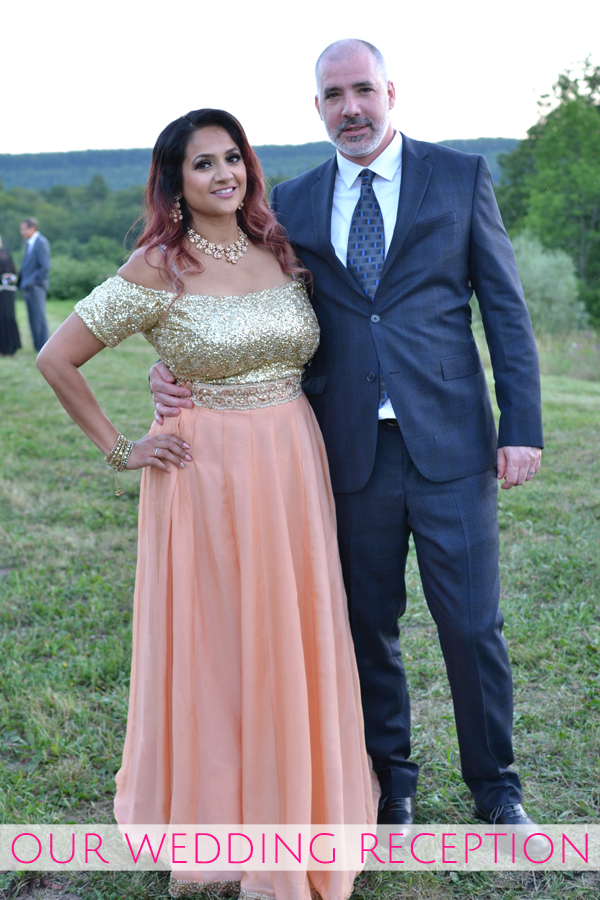 Got wedding reception pics for you guys!! I tried so hard to keep this down to one post, but there are just wayyy too many pictures and so much I wanted to share with you guys from that night! It was definitely a magical evening and I would do it all over again in a heartbeat. If you missed the wedding ceremony pics, you can check them out here and here.

Let’s start off with my handsome hubby Derek, doesn’t he look so good in his suit?! I’m a lucky girl for sure. I had my outfit custom made from India. So for vibe of our reception, we wanted to put a laid back spin on the traditional Indian wedding reception. 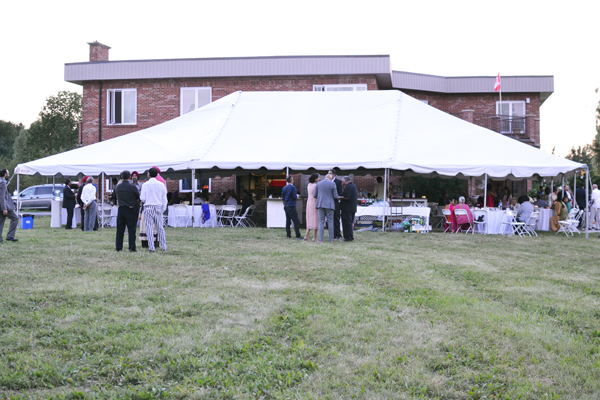 We decided to have the reception in a tent at my parents place in Burlington, Ontario. They have a ton of land so there was ample room. Plus we’ve done several tent parties there so we’re kinda pros now. I loved the idea for the fact that the guests wouldn’t have to be confined to a room and could mingle. 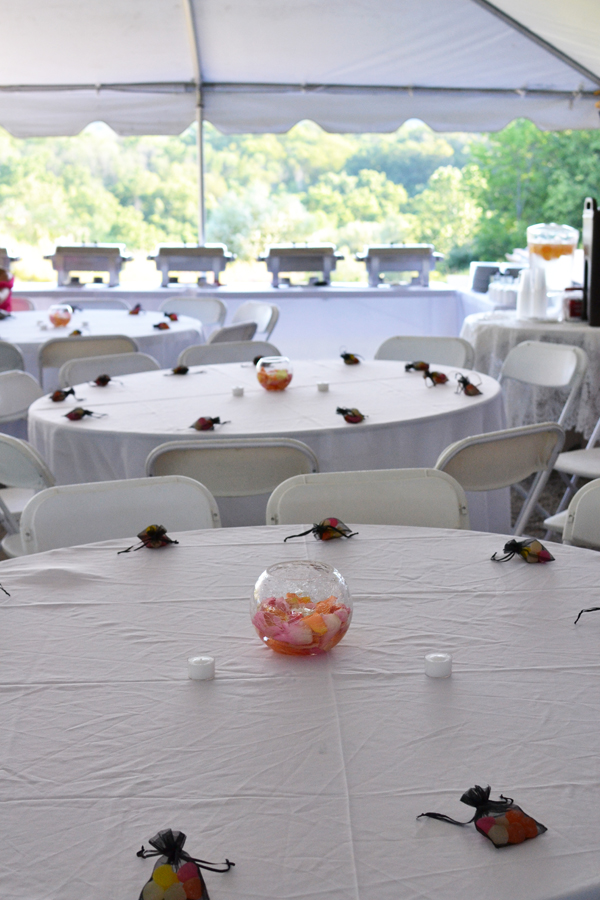 The color scheme was supposed to be white, blush pink & champagne gold, but, my outfit that my Dad had done in India came back peach. When I saw it, that was my one bridezilla moment haha. What can you do but roll with it so we incorporated peach into the color scheme. The black was for Derek. He actually wanted the reception to be black & silver which are Oakland Raiders colors. I think he caught on early enough that that wasn’t gonna happen lol. 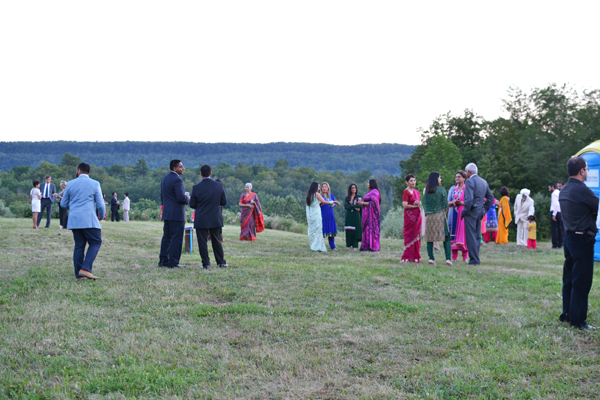 Everyone mingling!! So happy to see that. Another non traditional thing Derek and I did was stand at the entrance of the tent and greet guests as they arrive. Most Indian wedding receptions the guests arrive and the bride & groom enter once everyone is seated. We just wanted to maximize the amount of time we could spend with the guests and make sure we had the chance to talk to everyone. So glad we did that.

The evening was all posted on snap! If you aren’t following me yet, you can find me under @deepaberar.

The man of the hour, Kai! He didn’t stick around for too long, luckily he had a place to crash nearby at my cousin Daman’s house. It was so nice to have him at our place for the few days leading up to the reception! Those cheeks 🙂 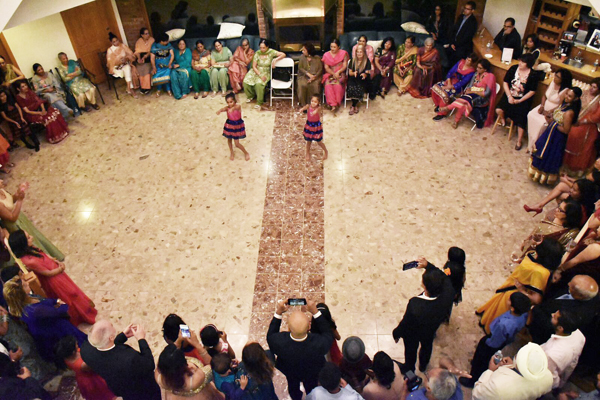 Another non-traditional thing we did was we didn’t have a lot of performances or speeches. Everyone gathered into the house to watch the only performance of the night which was by my best friend Sonalee’s daughters Mya and Meesha. They did a dance to Bruno Mars “Marry You”. They were phenomenal! Everyone loved it. 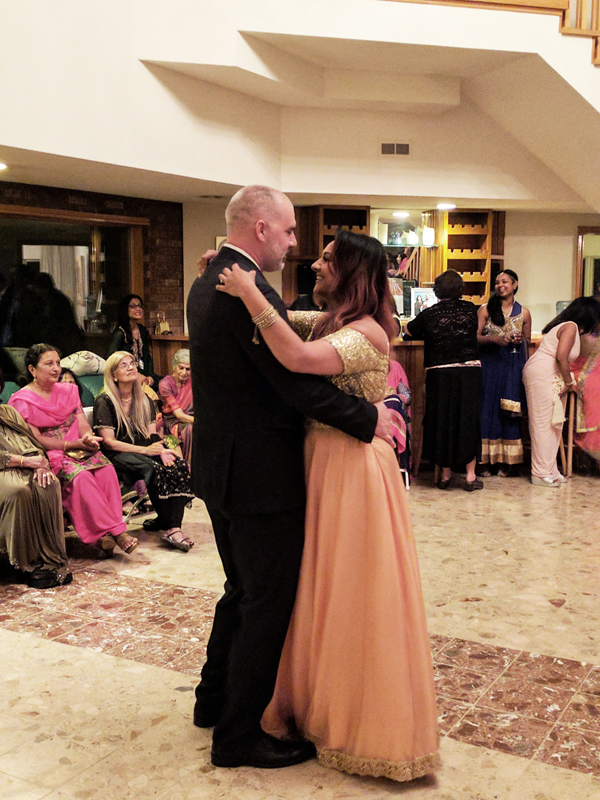 After the performance Derek and I had our slow dance. We danced to Al Green’s “Let’s stay together”. LOVE that song. Being with Derek has exposed me to this whole new world of music that I never used to listen to. We really love Funk and 70’s Motown stuff. Personally, I love any music that makes you want to dance. 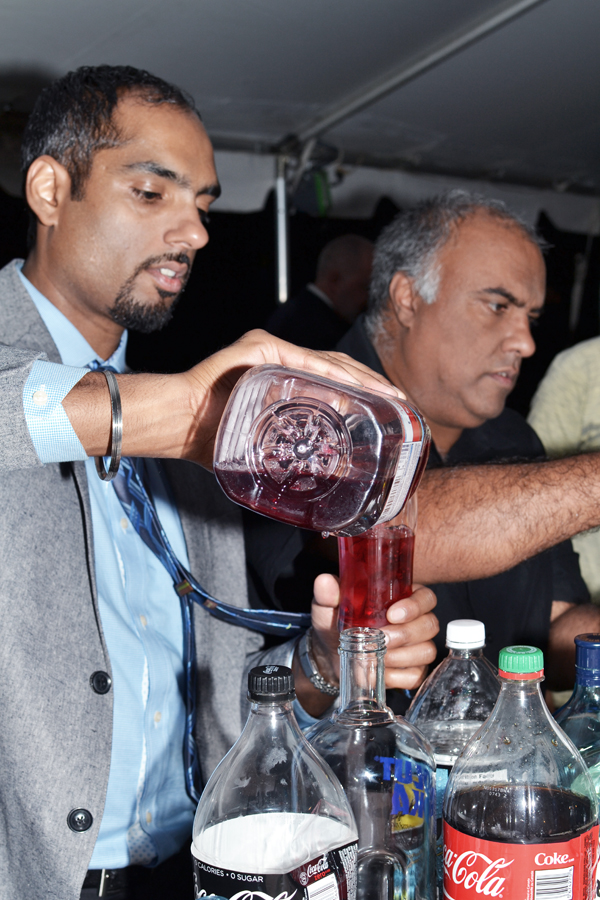 So we had the dancefloor inside the house in the foyer and the food and bar outside. We were kinda back and forth all night. I do have to give a shoutout to the best bartenders ever. The guy we hired to take care of the bar was, well, not the greatest, so my cousins really stepped up to help. I’m so lucky to have such a huge family and to be so close to them. Plus I think the guys were more than happy to be hanging out by the bar all night lol. 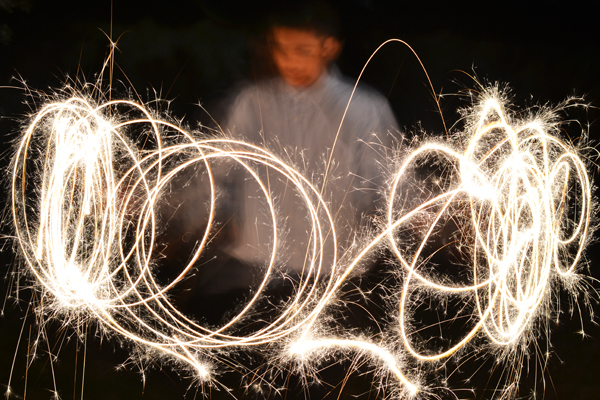 My uncle brought sparklers to the party and the kids had a kick out of them! Such a great idea. 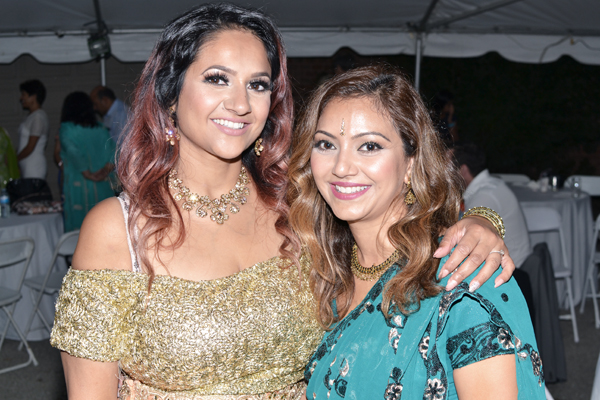 The bestie and I. I told her that her best friendly duty of the night was to be the first to show up and the last to leave. Lol we make ridiculous demands of eachother but that’s just our relationship. I didn’t actually expect her to follow through, but she did!! I’m still so happy about it 🙂

So that was Part 1 guys, I’ll have Part 2 up next week for you guys. Thank you Monique & Tania for being the best photographers!!