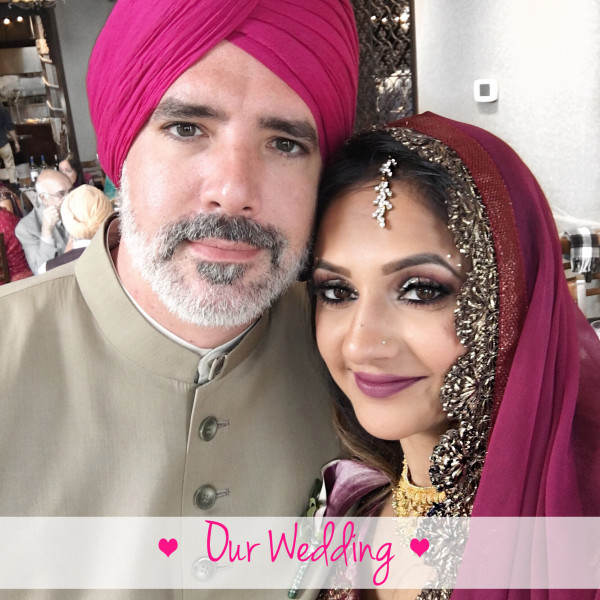 Ok ok I know I promised you guys a wedding post and it’s only taken a month (5 weeks and 1 day to be exact but who’s counting). Life’s been a bit busy can ya blame me! I’m currently sitting in sunny San Diego, enjoying the warm weather, the sunshine and dying for Derek to get back from work so we can hit the beach! 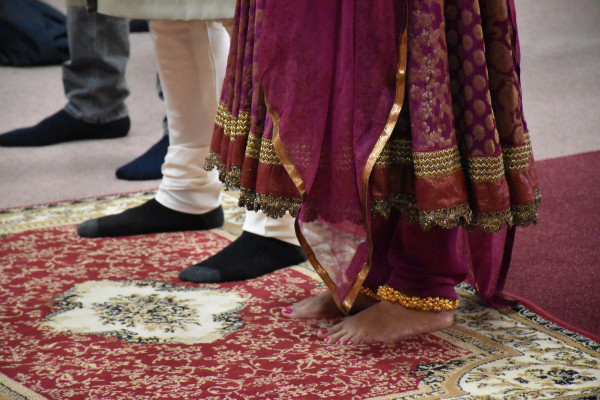 So let’s go back to April 13th, the day I officially became Mrs. LaVelle 🙂 You are not gonna believe how crazy that day was! I literally picked Derek up from the airport at 6:30am, brought him home so he could shower and then whisked him off away to the licensing office to pick up our marriage license! 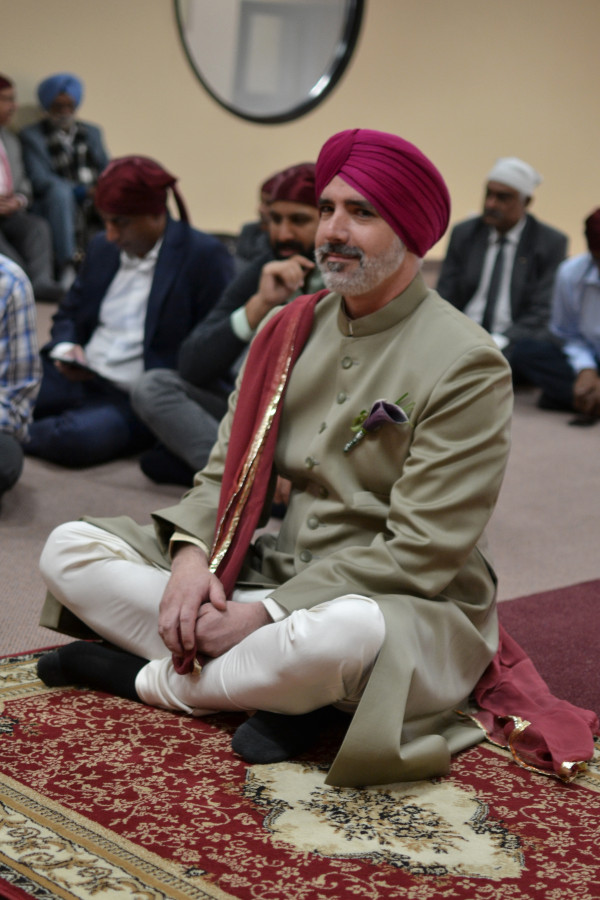 He was such a trooper. As long as you get some coffee in him with the promise of beer later on, he is good to go haha. Honestly, I have no idea how I got so lucky, he’s always such a good sport and up for pretty much anything! 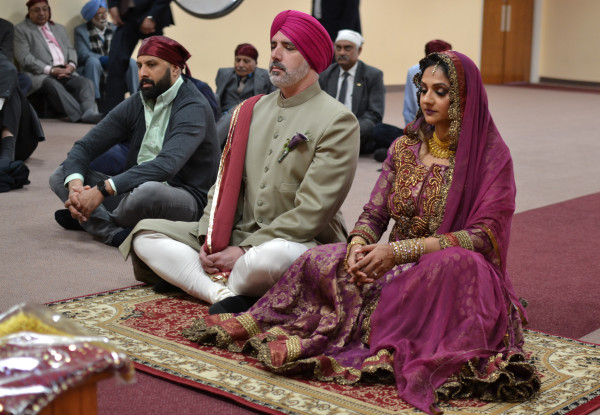 We headed to Dunwin Gurdwara in Mississauga, Ontario. It was Vaisakhi, but luckily we were able to book a hall for the ceremony. Derek wanted to wear the whole traditional outfit with the achkan (knee length jacket & fitted leggings) and pagg (turban). I have to say, I have never seen a more perfectly done pagg on a groom before in my life. The man who tied it did such an amazing job!

Derek had never been to a sikh wedding before so I sent him a bunch of youtube videos that explain the whole ceremony. It’s so great that videos like that exist! If you guys are looking for one, here’s the best one I found. 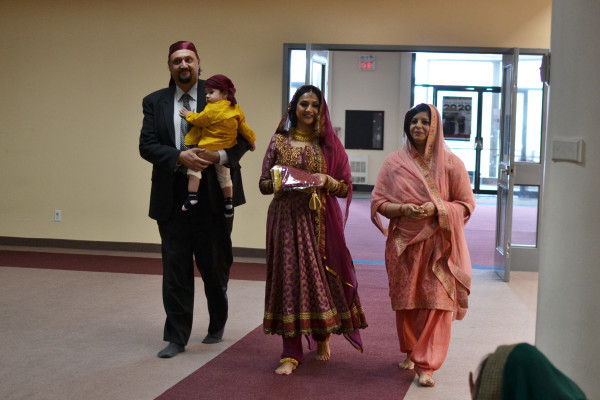 I walked into the hall with my brother, sister in-law and nephew. Honestly guys, this was the most low-key, casual Indian wedding I’ve ever been to and we wouldn’t have had it any other way. 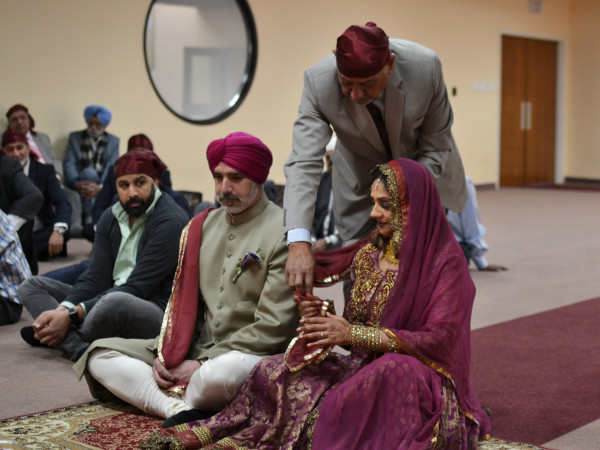 Once we were seated, my Dad came over and handed me one end of the chunni (scarf) Derek was wearing. Derek held onto the other end and you aren’t supposed to let go until the ceremony is completed. Both of us held onto that chunni so tight!

After that we completed the 4 lavan which is where you walk around our holy book clockwise 4 times with each round signifying a part of the marital union. Derek was a pro! I was so proud of him. The last lavan had me a little emotional, I was just so happy and grateful to have him in my life 🙂

After the lavan were completed we signed the official documents. Here’s Derek signing his life away haha! 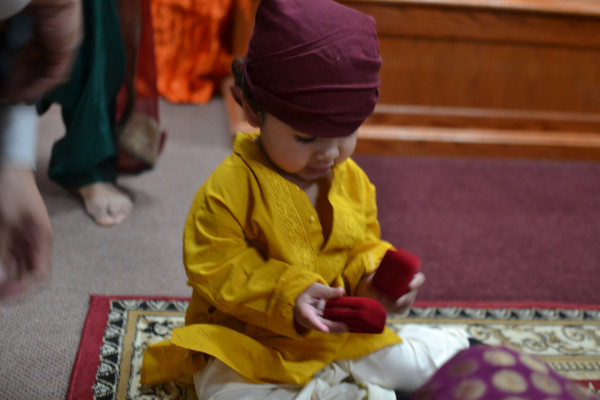 We then exchanged wedding rings. Isn’t Kai just the cutest little ring bearer you’ve ever seen in your life? We were literally so distracted by his cuteness! He didn’t want to give us the boxes lol. Guess that’s what happens when you give a toy to a baby and then try to take it away. 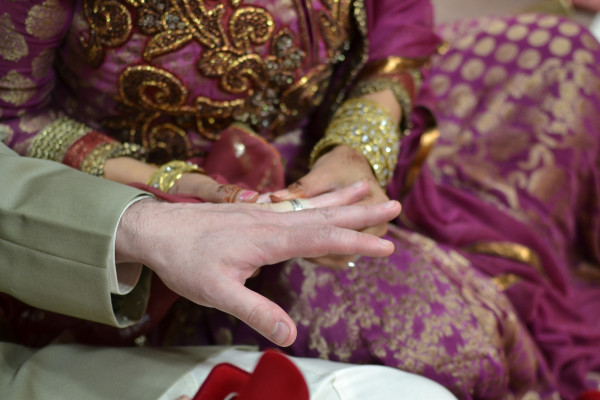 After we exchanged rings, Derek made his first official appearance on my social media. We opted for good old Snapchat 🙂 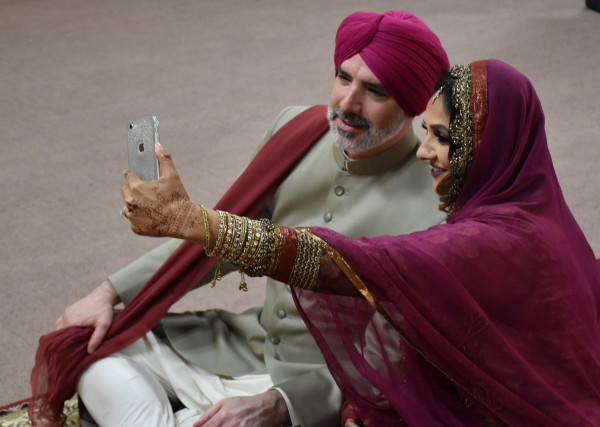 I had to break this post down into 2 parts as there are just so many pictures to share with you guys! Also I promise I will have a wedding makeup tutorial up for you guys soon. Have a great weekend everyone!

The first place to look at for maximum hair growth

Reflecting on the importance of self care for your

Sharing one of the biggest contributors to hair lo