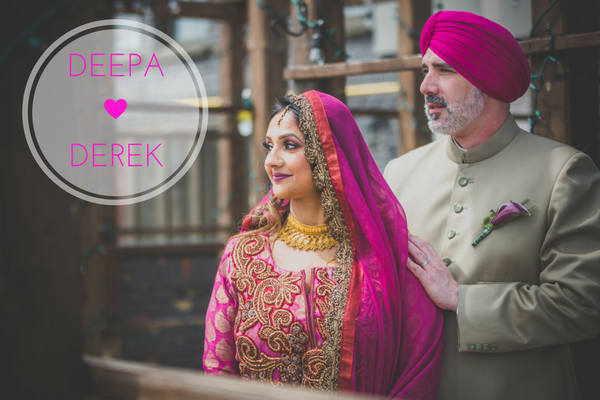 Hellooo people! How’s everyone’s summer going so far? I know technically it’s not summer yet, but don’t tell the weather that because it is beautiful outside! So as I promised in our first wedding post, I have part 2 of our wedding for you all! We had the ceremony on April 13th, but the reception won’t be until later in July. Kai’s party was the day after the wedding and we didn’t want to take away from it so we decided to do the big party later in the summer. But. We did do a small lunch reception after the ceremony and here are the pics!

Who else is obsessed with hand jewelry? I can’t get enough! This piece is from India, I just love how big and blinged out is and how it totally goes with the henna design. I found a similar one for you guys here.

Check out my handsome hubby!! I’m so lucky 🙂 Not only is he tall and handsome and all that fun stuff, but he is one of the kindest, most considerate, fun people I’ve ever met. Oh and I was obsessed with the boutonniere we picked out for him, I opted for a maroon calla lily instead of a rose cause it just looks so chic! 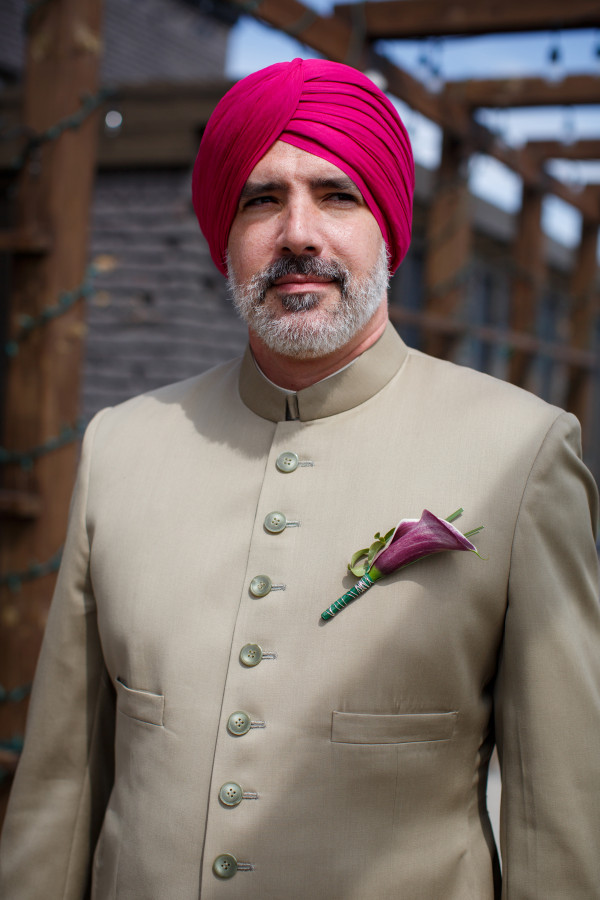 This definitely wasn’t your traditional wedding at all. We opted to have lunch at Tandoori Flame restaurant in Mississauga instead of traditional langar. If you guys are in the Toronto area, you have to check them out. It’s a buffet style restaurant and the food is so, so good and they have so much selection! Plus the decor is gorgeous, we booked one of the rooms just for our friends & family. 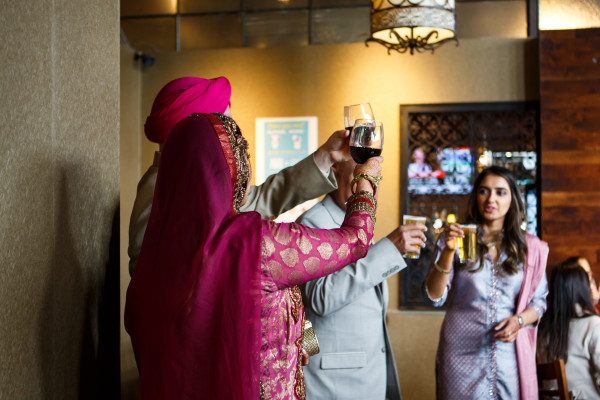 We did a little toast with everyone which was nice. Here’s my cousin Juhi raising a glass 🙂 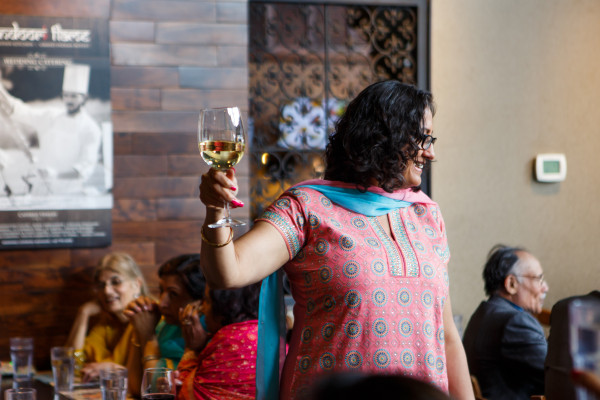 We all ate till we were stuffed! The great thing about indian food is there is so much selection that is gluten and dairy free, there’s no shortage of things to eat. Plus there’s so much flavour in everything. 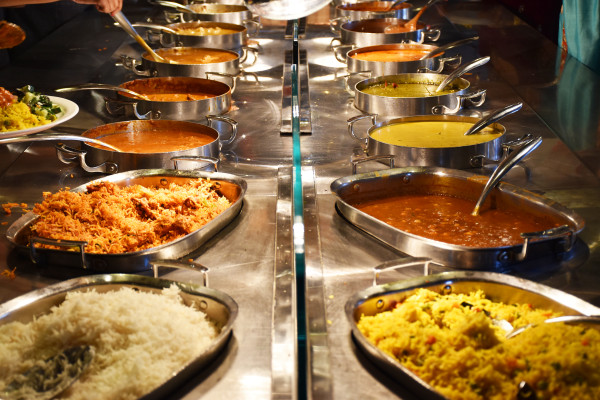 If you’ve been to an Indian wedding, you’ll know that at some point the bride and groom take pics with each family there. Ours was no exception. I’d love to post every pic for you guys, but this blog post would never end haha. So here’s one of Derek and I and my family. Doesn’t Kai look adorable as usual?? 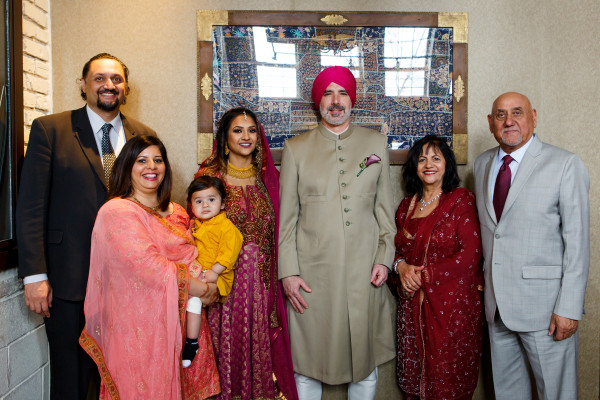 The paparazzi were out! Kidding, it’s my aunt 😉 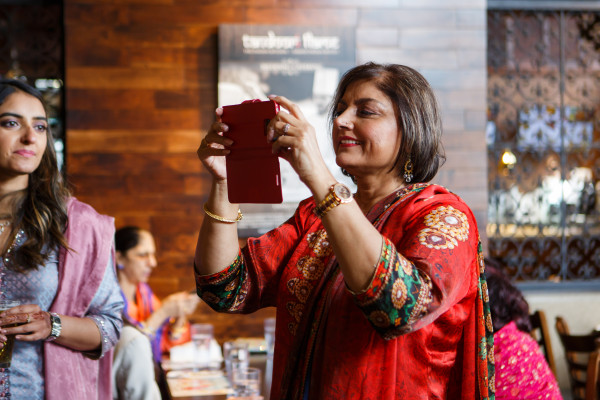 Everyone kept trying to steal Kai, Monique was probably the most successful at keeping him occupied. Doesn’t he look so cute in his outfit?! I wanna eat those cheeks!! 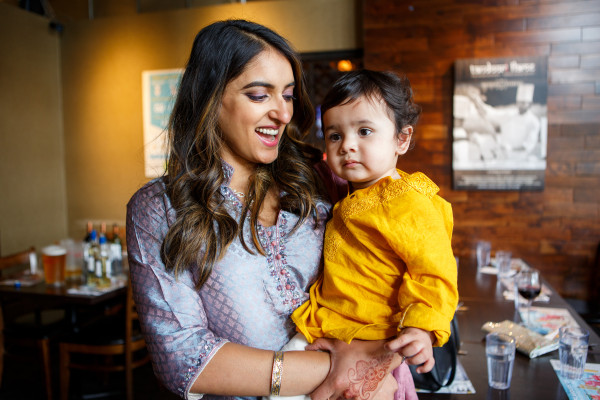 Loved this pic that the photographer got. Everyone was such a good sport! We had such a great time that day, can not wait for the reception!! Hope you guys enjoyed this post 😉 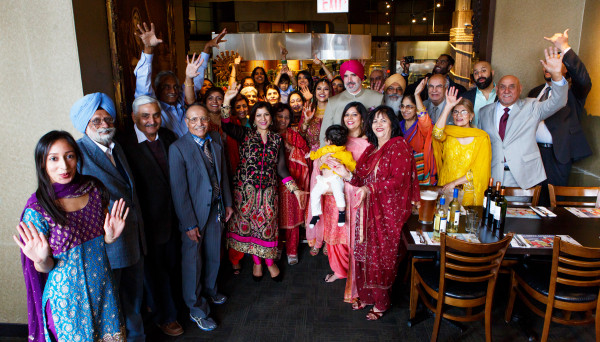