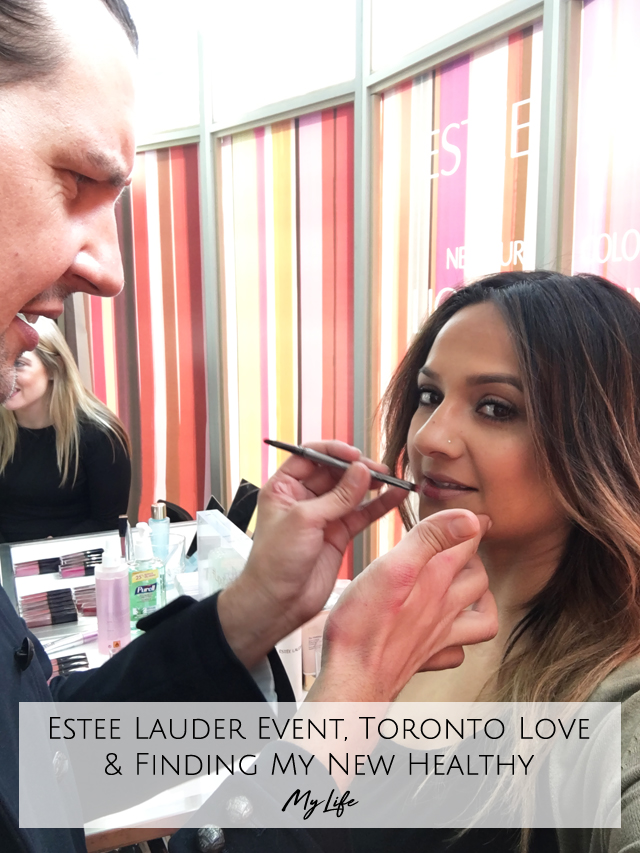 Hey guys! Hope your Mondays are going well, mine has been pretty crazy so far. Worked this morning and was on air talking Valentine’s beauty (I’ll share pics on next week’s post), blogging now and then back to work for the afternoon. Plus it’s snowing like crazy outside! Snow really is a beautiful thing when it first falls. Anyways back to last week! The majority of it was pretty uneventful other than work, blogging and youtube, but the fun part of the week was attending the Estée Lauder event in Toronto! 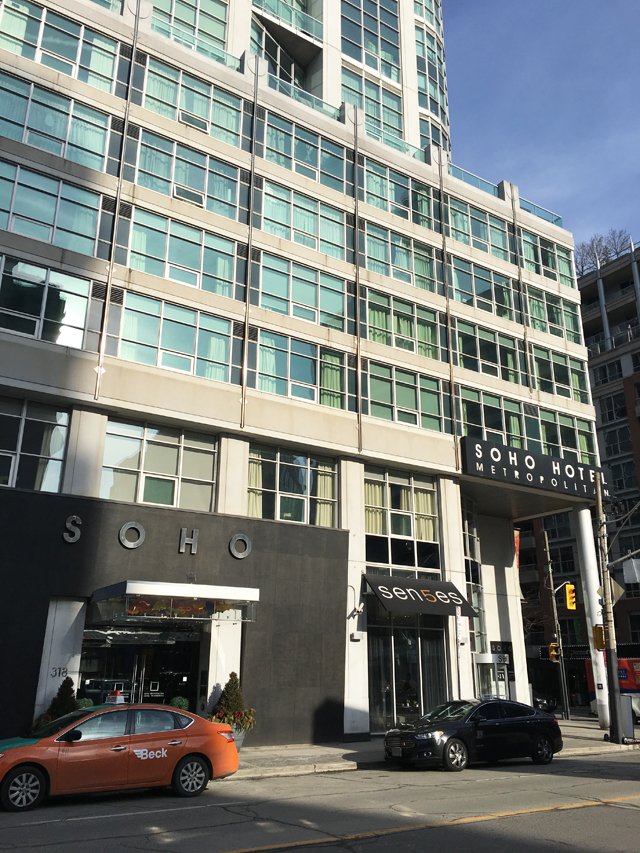 It took place on the Penthouse floor of the Soho Metropolitan Hotel. Guys the room was crazyyy. 3 floors in the suite + an elevator. An elevator!!! The event was primarily about the new Perfectionist Pro line. Let me tell you, you’re gonna love the Instant wrinkle filler. It’s like magic eraser in a tube! 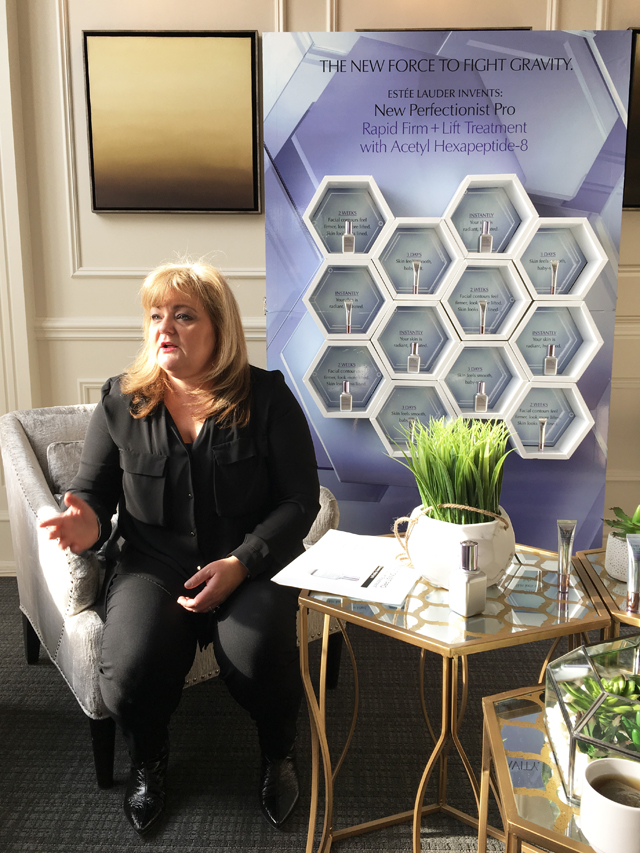 We got to hear about the technology that went into designing these products. Apparently Estée Lauder is the first company to use System biology which is the science of studying things as a whole They used this to help them develop a product that would actually boost collagen in the skin. Pretty cool. 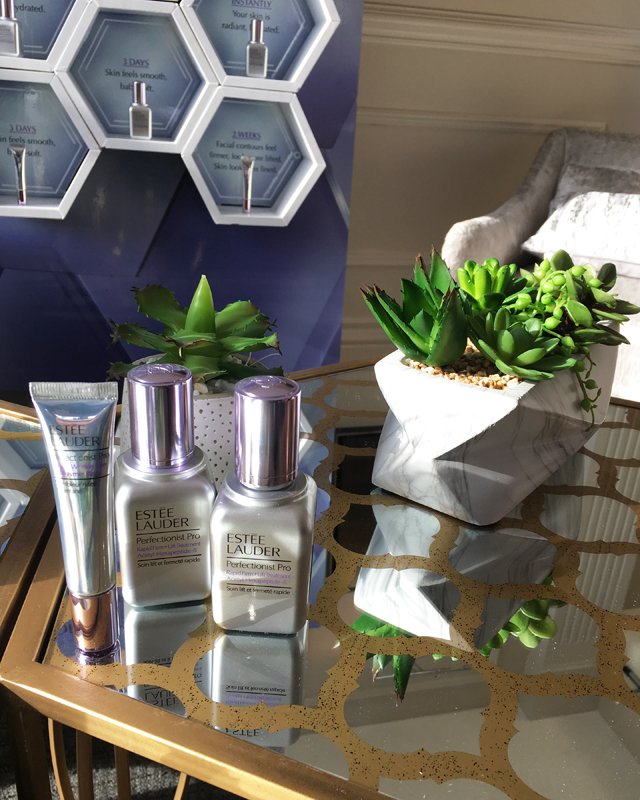 Ok can I say that the food spread was crazy? Took a ton of willpower to not dive into the churros!! 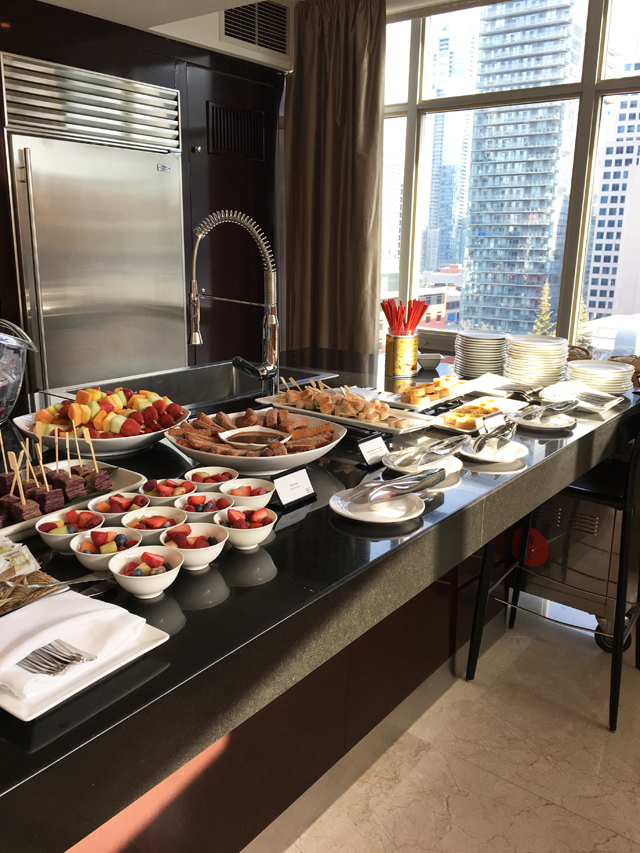 My fav product I have to say was the new Aerin fragrance, Hibiscus Palm. It literally smelt like you were in the tropics, but not in an overwhelming way. If you like floral fragrances, you will like this one. 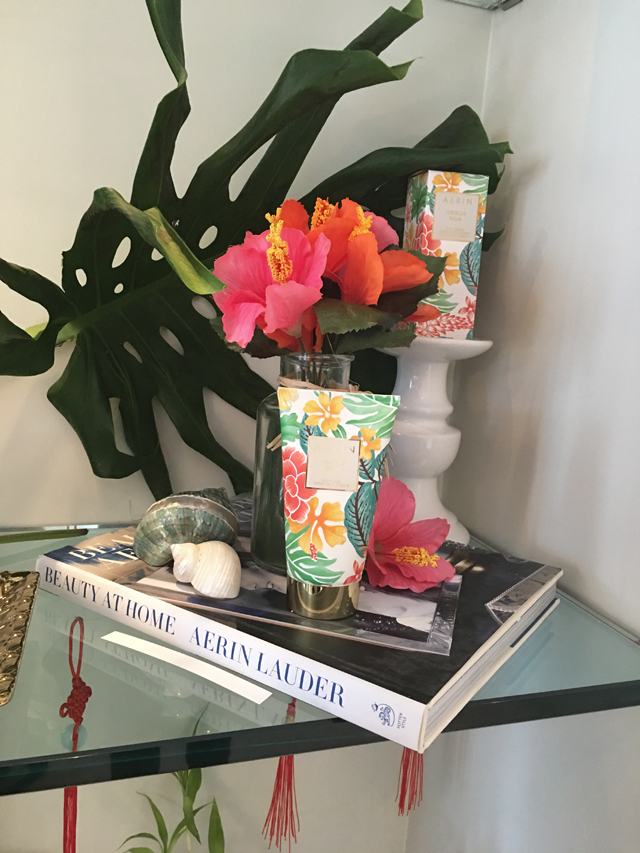 Ahh the view. You can travel the globe but nothing compares to home. Whenever I see the CN Tower, it just feels like I crawled into a warm, cozy blanket 🙂 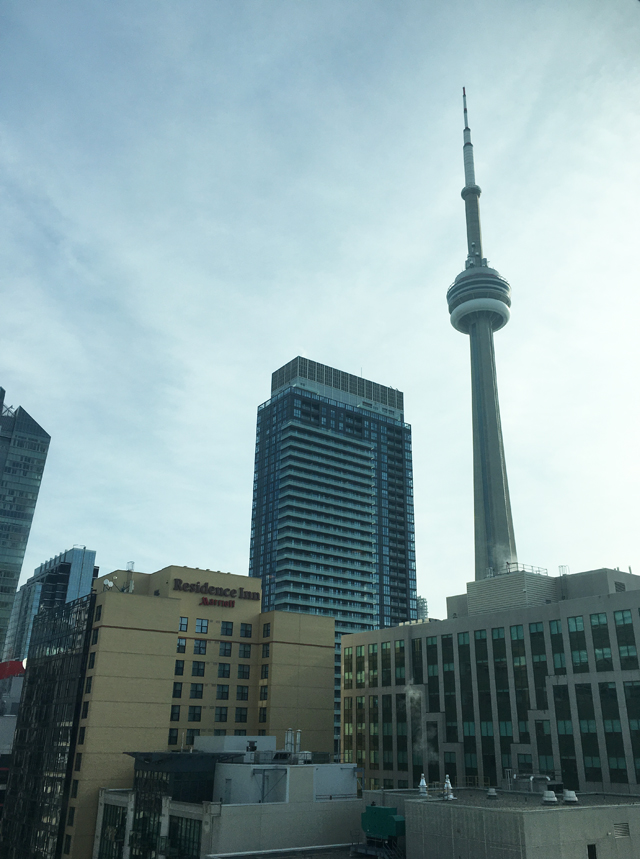 So I was tagged by Priyanka Oza to share 5 random facts about me on IG stories so I went digging into my childhood pics and came across this gem. It’s Kabir Bedi and I back in the day. It’s funny cause I would not take a picture of him without that can of Ginger Ale. He was cool with it. Lol. 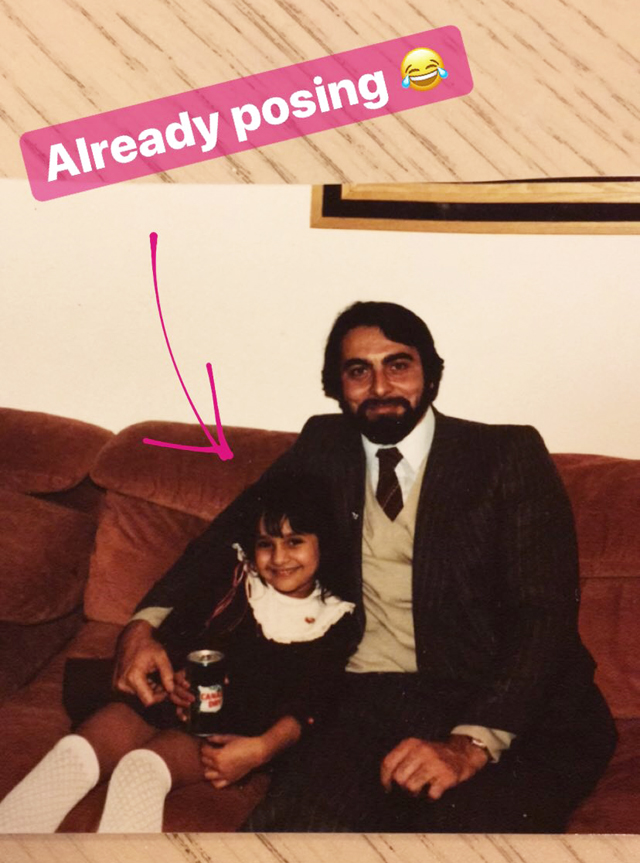 For those of you that don’t know, my uncle, Darshan Sahota (yes from Eye on Asia) was a concert promoter back in the day and brought tons of Bollywood stars over to Toronto to do shows. So we grew up with all these crazy famous people around us. We were little so we didn’t really understand, but man I have some pretty great memories from those days 🙂 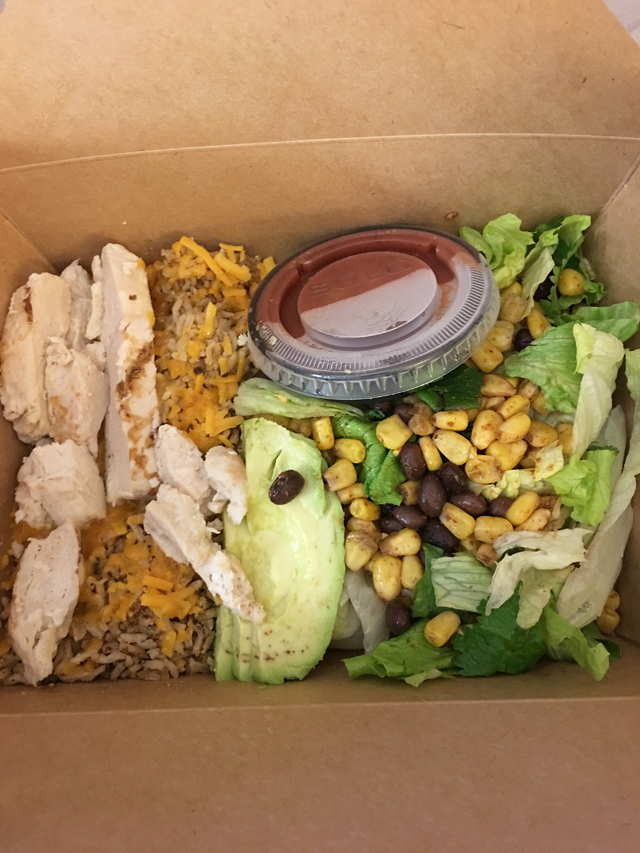 Ok so if you guys watched my 1.5 year Alopecia update video, you’ll have heard me talk about finding a new balance with my health and nutrition. Lately I’ve been focusing on adding more healthy options to my diet instead of focusing on restricting. I feel like I’ve tried all of the fad diets out there and they’ve never been a permanent solution, so looking at it as a realistic lifestyle change centred around my health has been a game changer for me. I’m focusing on getting more veggies and fruits in and we just came off of a 10,000 steps challenge in the Deep Beauty Facebook community. Derek and I are keeping it going with weekly challenges against each other. Just do whatever motivates you and focus on adding instead of restricting. 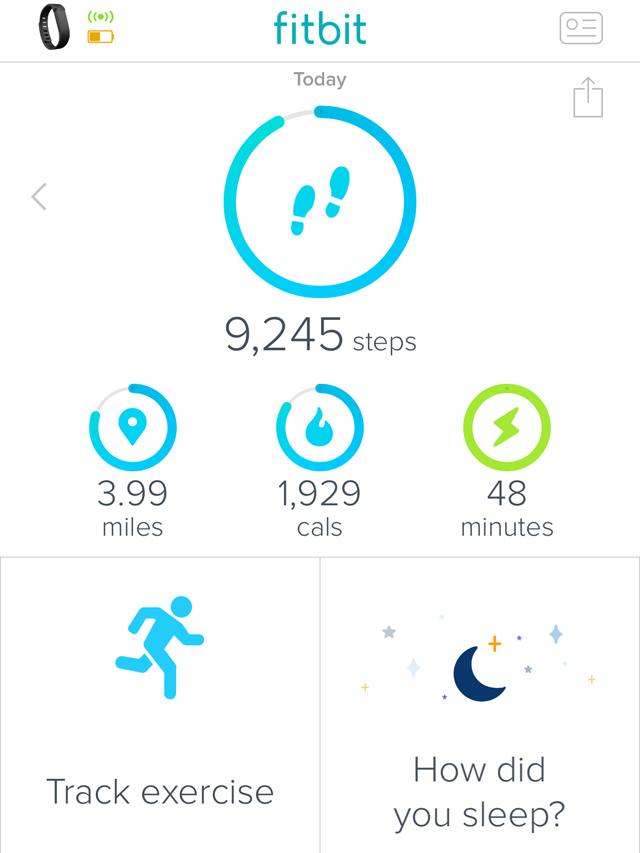 So that’s what I’ve been up to! What about you guys? Have you implemented any lasting healthy changes in your life? I’d love to hear what’s worked for you!