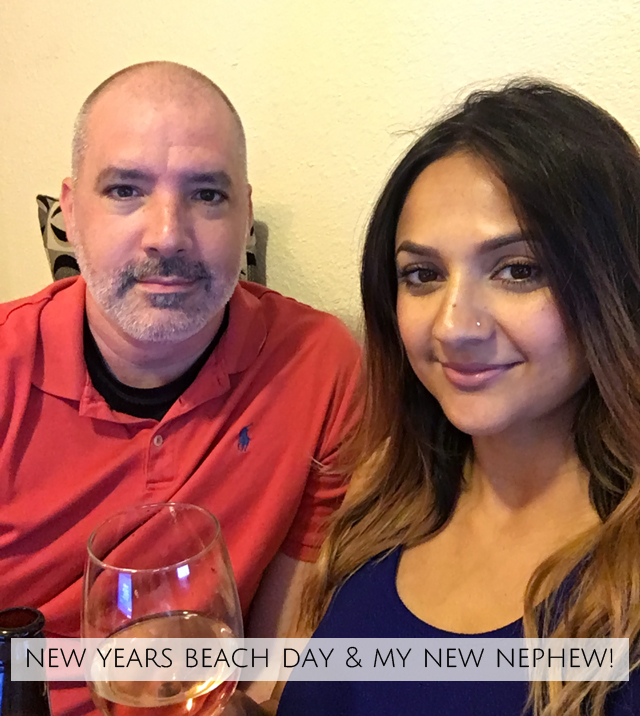 Guys! This is our 6th weekly My Life post! This is so much fun, love sharing my life with you! How was your first week of 2018? Can’t believe we are a week in, feels like it flew by so fast, and sooo much has happened!

We’re gonna take this back to New Years day, Derek and I ended up doing a picnic on the beach. Ok, so I have this silly superstition, I think the way you spend the 1st day of the year is an indicator of how you will spend the rest of the year. Silly, I know, but it’s just something I’ve always had at the back of my mind, which is why I wanted to make sure Derek and I got out of the house, did a ton of walking and spent quality time together. 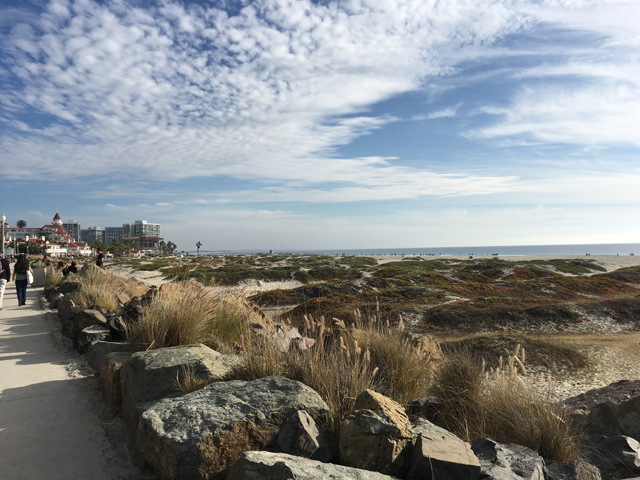 We had plans to drive up the coast but ended up staying local and hitting up my fav San Diego beach, Coronado. It’s one of the first beaches I visited on my first trip out here and still in my opinion the nicest. It’s on Coronado Island and you have to take this super scary bridge to get there, but it’s so worth it when you do. Just beach as far as the eye can see 🙂

Another great thing about it is that at the one end there’s the Hotel Del which is super famous. Celebs and even presidents have stayed there. It’s huge and pretty and yes a touristy spot, but I actually enjoy being around tourists. I know it’s not what people are typically into, but for me I just feel like it’s so fun being surrounded by tourists because the one thing about vacationers is that they’re just always in such a good mood lol. Who doesn’t want to be around all that positivity?? 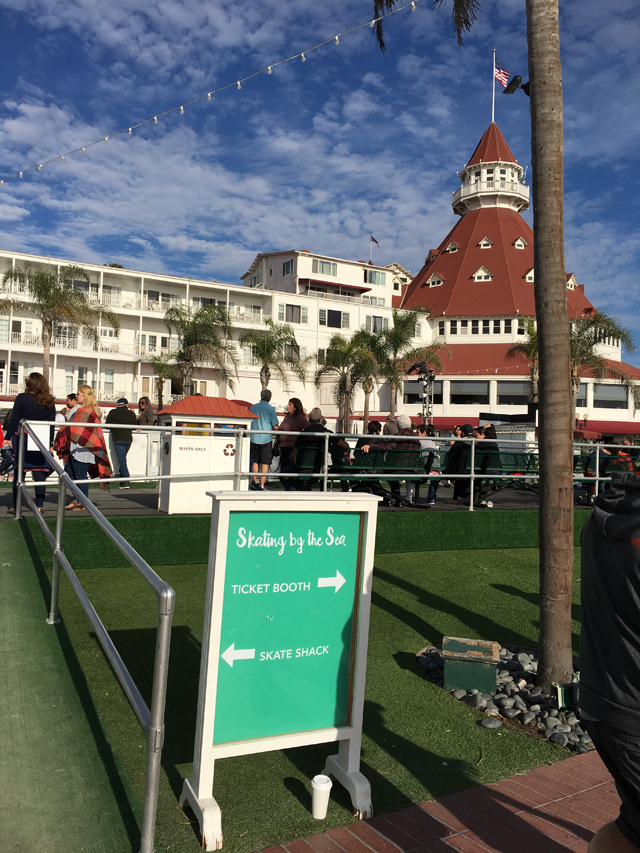 One thing I didn’t know they had was ice skating by the beach!! So cool.  It’s literally outdoors and you have a view of the beach while you skate. Derek and I are definitely going to try that next year. 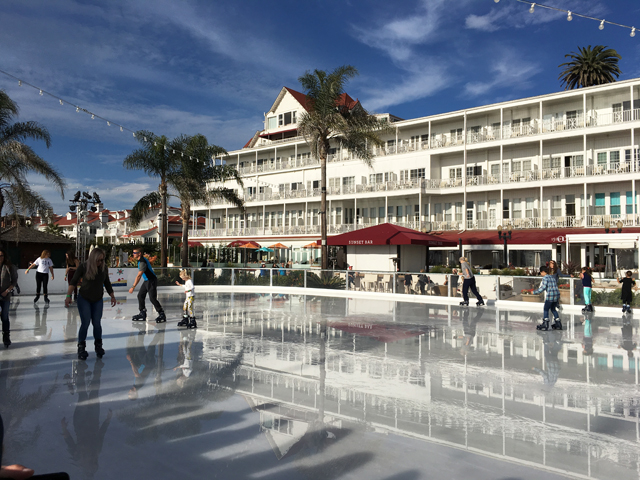 We LOVE to do picnics on the beach and with Derek being an amazing chef and all, the food is so delicious. We joke that we’re probably the only people on the beach with a gourmet spread in our basket lol. Seriously one of our first picnics he packed seared ahi tuna, wasabi dip and baked brie. Think he was trying to impress me. It worked 😉 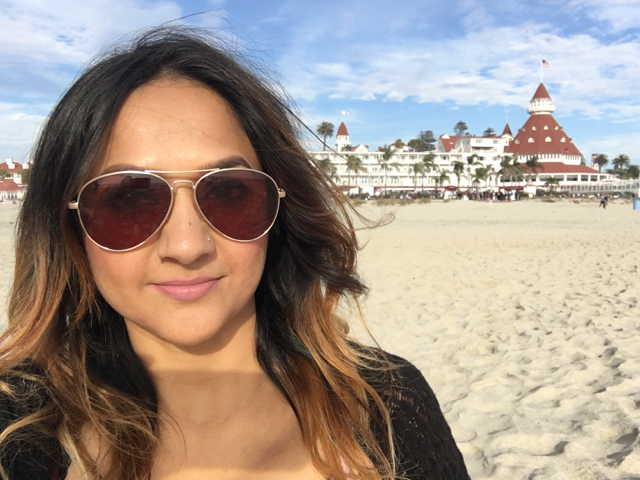 The weather wasn’t warm enough to go into the water, the Pacific ocean is actually pretty cold except for in the summer. So different from the Atlantic. We did so many road trips down the east coast when I was growing up, we didn’t make it out to the west coast until I was 19. 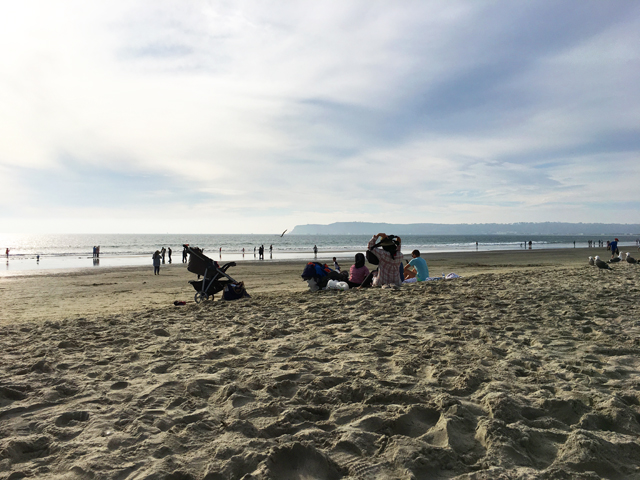 The rest of the week was business as usual, kicked off your Makeup 101 series which is something I’m so excited about and you guys have been requesting. 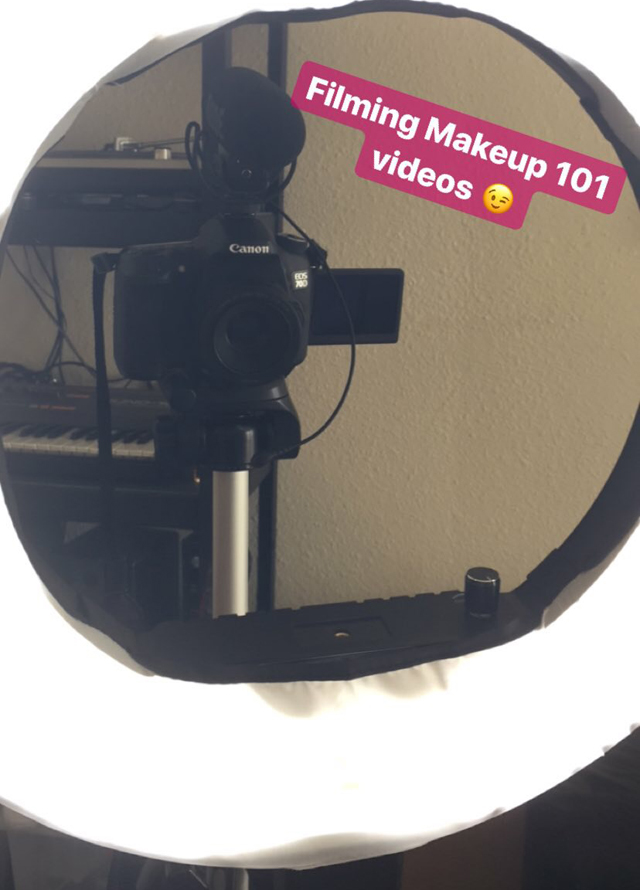 Another exciting thing was I got to interview Dr Sarah Ballantyne for the Podcast tomorrow!! You guys will remember Dr Ballantyne wrote the Paleo Approach book which is the diet I followed for the alopecia. 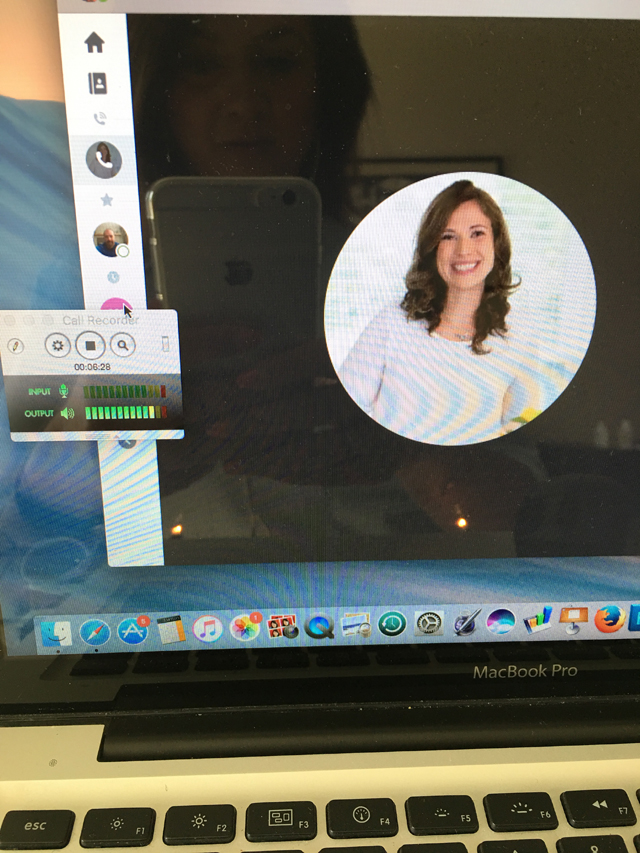 The most exciting thing that happened this week though was…my brother had another baby!!! Kai has a baby brother, Rai. He is sooo cute and I can not wait to meet the little guy 🙂

How was your 1st week of 2018? Do you have any weird superstitions?