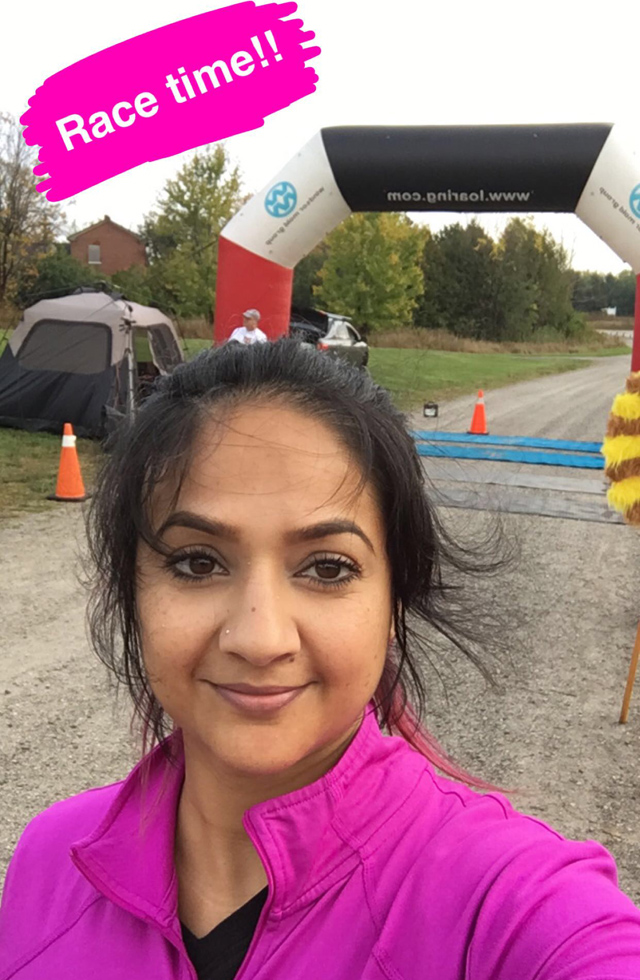 Yup you read it right, moi, Deepa Berar, the not so athletically inclined ran a 5k. And guys, it was sooo much fun!!! If you haven’t done it yet, I highly suggest it. Not just for the fun, getting fit part, but for how proud you feel afterwards. So worth it. Plus running gives you crazy endorphins and we all know what Elle Woods said about endorphins 😉 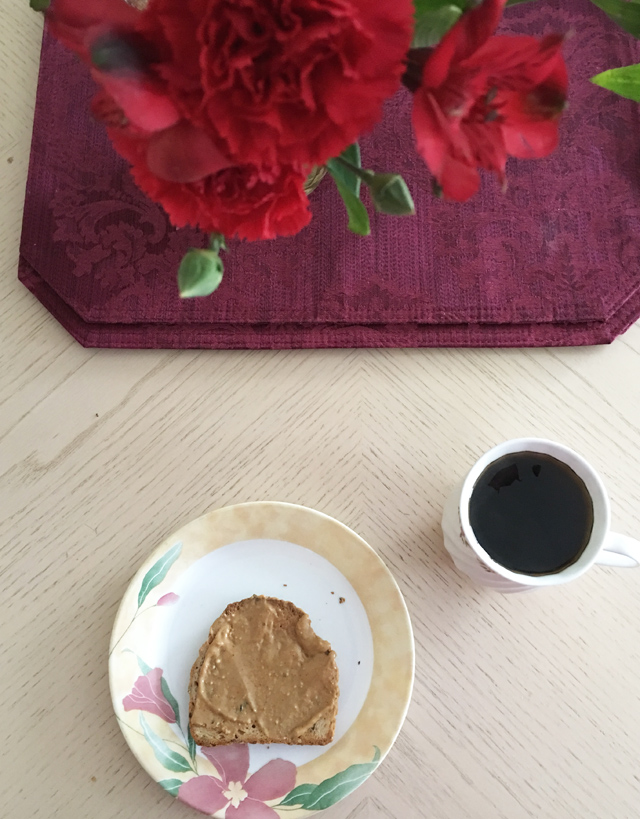 So what brought this all on? Well ever since the Alopecia I’ve been on this health quest. It started off strong, then slowed down as the hair started growing back in, but it has been ongoing and I will not turn back to my old habits. I didn’t grow up eating healthy or exercising consistently, I was always so lazy, but I am really starting to enjoy it. More so for the mental health affects than anything else.

One healthy habit I’ve implemented is starting my mornings off with some gluten free toast, almond butter and a cup of coffee. Has totally cut my cravings for sugary cereals or eggs. You have to make small changes that you are excited about otherwise you won’t stick to it. 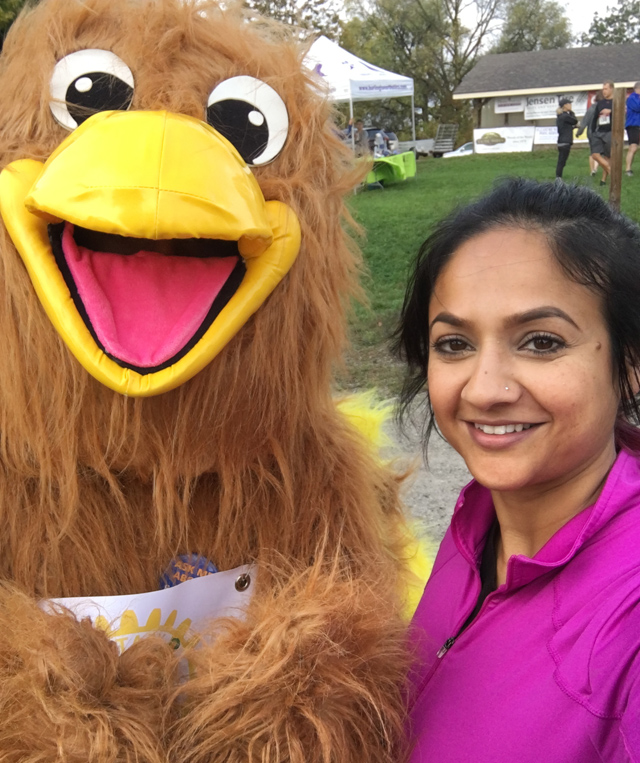 So why running? Well I always wanted to run a 5k and the whole committing and paying for it, it’s a great way to motivate yourself to workout as, well, you’re gonna have to run 5km with all these other people. 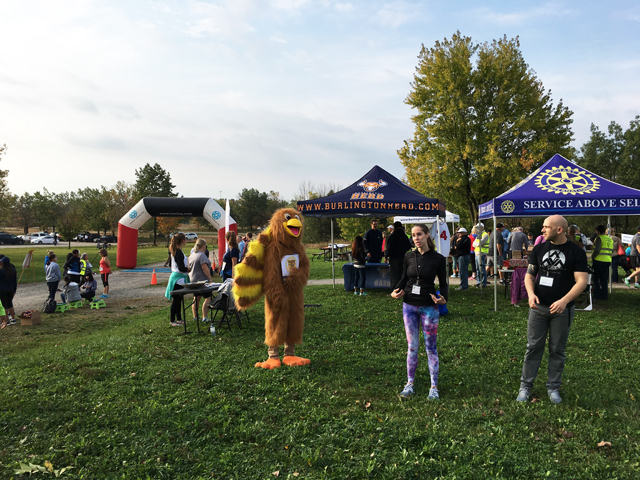 So I signed up for the Burlington Rotary Turkey Trot! For 2 reasons really, one, my cousin Monique (you guys all know Monique) runs 5k’s all the time and mentioned that one which happened to be right down the street from my house. Second, my friend Jasmina is on the board so I wanted to come out and support her.

Love the turkey. He, along with a couple other people, got us all stretching before our run. 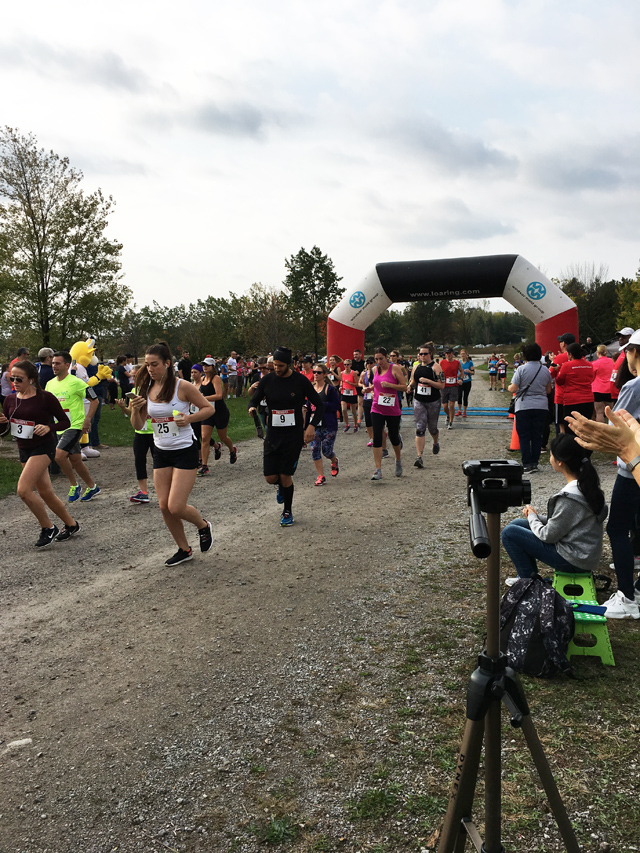 There was a 5k and a 10k that day. I’m so new to it, I couldn’t imagine running 10k! Maybe one day. For now my main goal was to just finish. I’m not at the point where I can run 5k non-stop just yet, so I just wanted to finish. 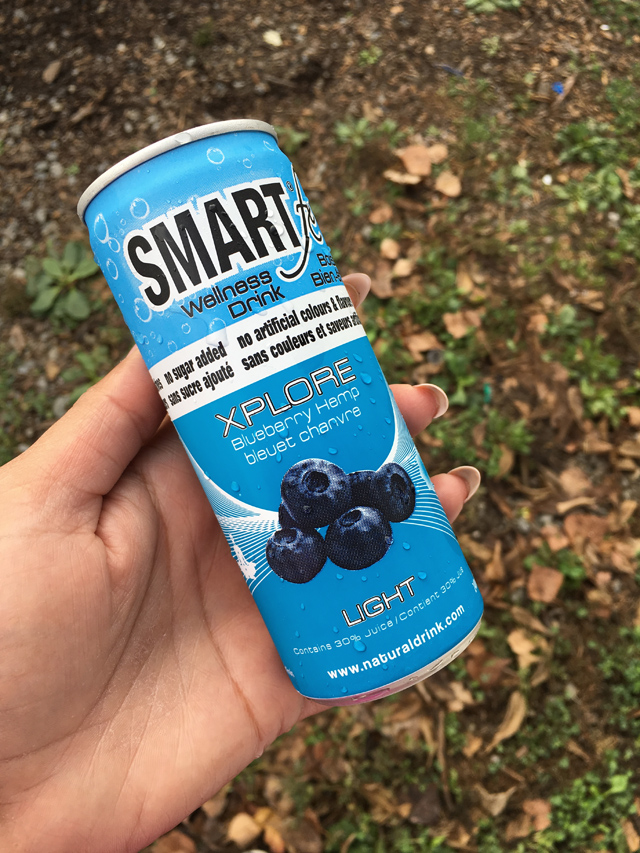 They were giving out these delicious SmartFX drinks (so yummy!), along with pancakes, fruit, granola bars and post run soup. I had no idea 5k’s had all that! I had my toast at home because I was sure the pancakes wouldn’t be gluten free and I wasn’t about to take any chances that morning!! 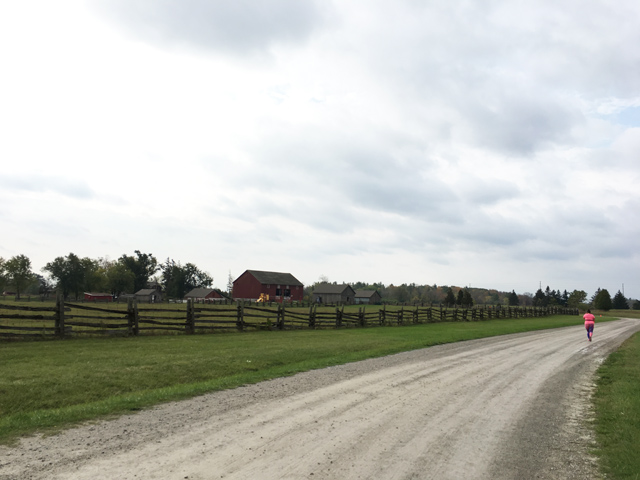 The view from the trail at Bronte Creek was beautiful. We live in the country so my training has been pretty much that same view, but it never gets old. The whole run was so fun and it was nice to just go at a pace you were comfortable with. Monique finished 3rd place for her age group! So proud of her. I finished in 48 minutes. I know that isn’t the greatest time, but like I said, I was just so proud for finishing. Plus my bib number was 48. Coincidence? I think not 😀 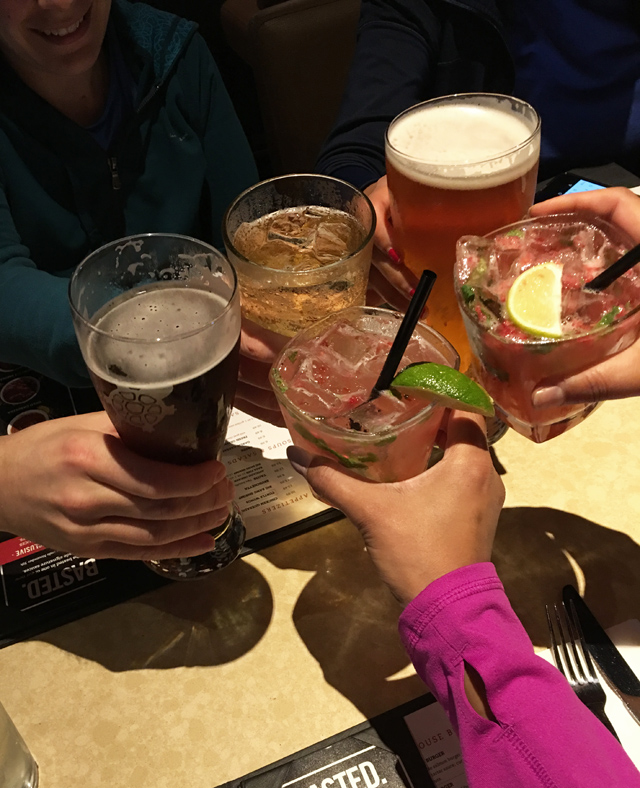 Post run drinks! We headed to Turtle Jacks after for brunch and celebratory drinks. Monique’s friend Jessica ran with us so her hubby Darren came out to support. He was the jacket guy and had waters all ready for us after we were finished! So nice. My cousin Reena met up with us afterwards to support us which was so nice of her and Jasmina joined us when she was finished 🙂 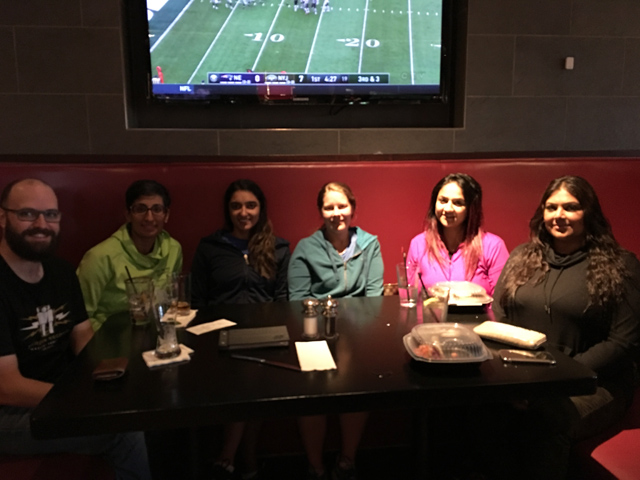 And if you’re wondering about my 5k makeup..well normally I don’t wear any makeup when I workout, but I figured it was a special occasion 😉

So that was my 5k running experience! I want to run more, the next goal is to run it non-stop so new plan is I’m focusing on tons of strength training as my knee felt a little sore after the run. Plus I want to do stretching exercises like yoga and take my time training for the next 5k.