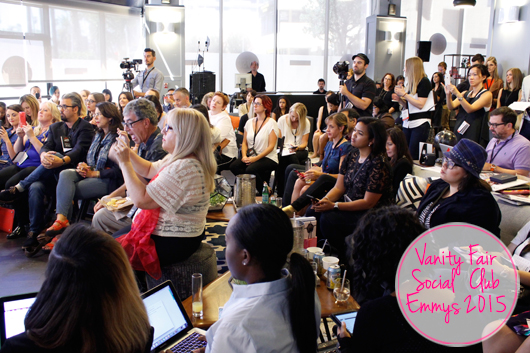 If you follow me on my social media you’ll know that I was recently in LA for the Vanity Fair Social Club for the 2015 Emmys. Vanity Fair puts together this amazing event for various award shows that brings celebrities from different media outlets and connects them with social media influencers like bloggers. We get to listen to different panels, meet and mingle with celebrities, get pampered and not to mention all the delicious food and the open bar (!!).

The last one I went to was for the Oscars which was sooo much fun. The VFSC event for the Emmys was just as good. Thanks Vanity Fair 🙂 Now onto the celebs.. 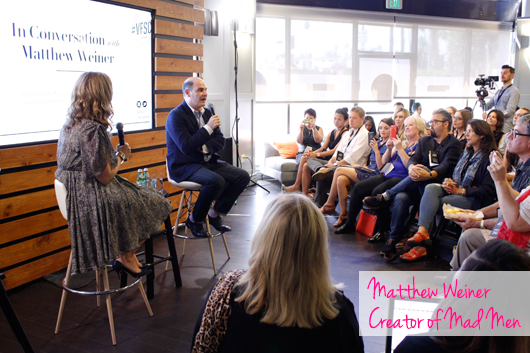 Matthew Weiner is the creator of the hugely successful AMC show, Mad Men. I know a lot of people that are BIG fans of this show. Mad Men was up for so many awards and Jon Hamm, the actor who plays the main character Don Draper finally got to take home an Emmy this year! Just in the nick of time too as this was the show’s last season. 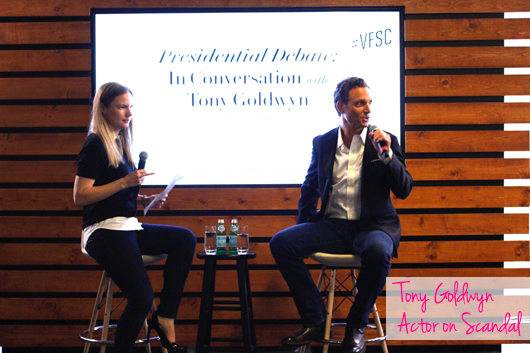 We got to meet actor Tony Goldwyn who is best known for his role as the President of the United States on the super popular show, Scandal. Or for those of you who have seen the Patrick Swayze, Demi Moore film Ghost, he played the bad guy. I totally had one of those moments when I met him, you know when you meet a celebrity and only ridiculous things come out of your mouth? Cause I told him I loved him in Ghost. That movie is like 20 years old and he’s only done like a gazillion things since. Lols. Good story though. 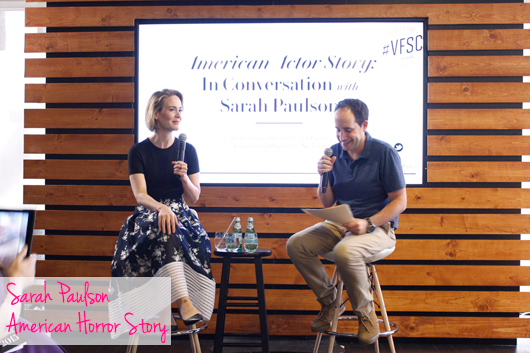 Next up was Sarah Paulson from American Horror Story. This show is pretty unique in that each season the cast generally stays the same, but the characters change. Neat concept. What’s really cool this season is that Lady Gaga is on! Sarah talked about what it was like working with her, which I think everyone would imagine would be really cool and according to her it apparently is. 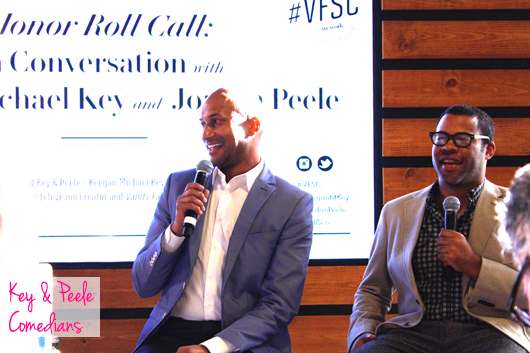 Comedians Key & Peele stopped by. These guys are mega huge right now. They have a comedy show which is kind of like SNL in that it is comprised of a bunch of different skits. All I can say is they were super funny in person and have such great energy and chemistry with each other. Also you might remember Michael Key (on the left) most for his impersonations of Barack Obama. Obama even had him impersonate him in real life which you totally have to youtube cause it’s hilarious.

No event for an awards show would be complete without a prediction panel. It was really interesting to listen to these critics explain why they thought certain people/shows would win the awards in the various categories. Makes you realize that the awards aren’t just given out based on who’s the favorite, but there are so many factors that actually goes into deciding who deserves it the most. 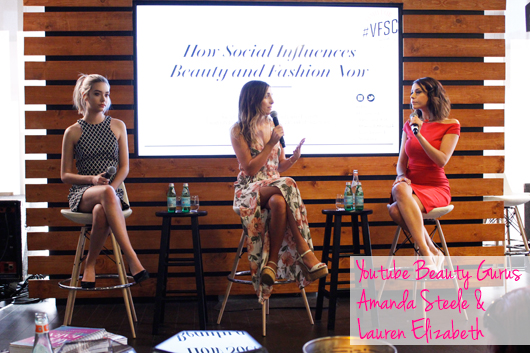 Next up came the online celebrities. First off were Youtube beauty gurus Amanda Steele (MakeupbyMandy24) and Lauren Elizabeth (LoluFullyLoaded) who talked about the crossover from Youtube beauty videos to mainstream media. 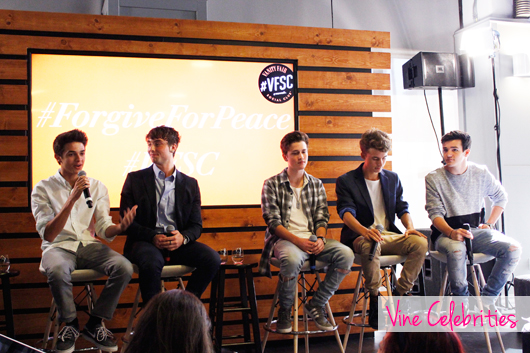 The final panel was comprised of celebrities from the app Vine. If you haven’t heard of Vine it is an app that allows users to upload 6 second videos that play in a continuous loop. Some of these videos are absolutely crazy in terms of the creativity that gets put into it. These guys here- Brent Rivera, Christian Collins, Crawford Collins, Wesley Stromberg and Aaron Carpenter each have millions of views per video! They talked about a new initiative they were involved with called Forgive for Peace which promotes anti-bullying and is run by the United Nations. Pretty amazing. It’s crazy to see how far our reach has become with social media and the opportunities that can come about with the use of it.

Stay tuned for Day 2, I have tons of behind the scenes, plus my OOTD for the event!