What an eventful week guys!! Feel like I should’ve vlogged the whole thing because so much happened. Btw if you guys ever want to see the My Life post as a vlog instead, let me know in the comments 😉

So let’s take this back to the beginning of the week. I had a surprise visit by an old friend, Amrita. Her and I went to high school together but lost touch. However, she did grow up in the same city and was friends with Sonalee. They kept in touch so when I found out she was coming to town for a conference, I knew we had to catch up! 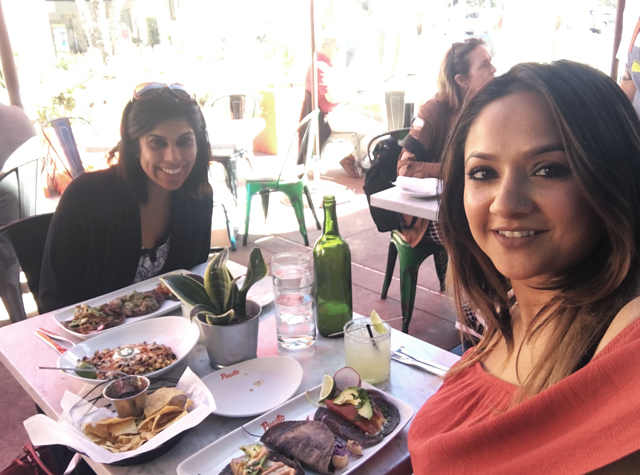 We headed to lunch at Puesto in Seaport which is right by the conference centre (you know the place where Comic Con happens). She was only in town for a couple days so I had to get her out to the beach as well so we hit up Pacific Beach too.

We ended up at this new place called Waterbar which is so, so nice. A little more upscale for PB and the view is amazing because the one wall is just open and facing the ocean. This was our view. 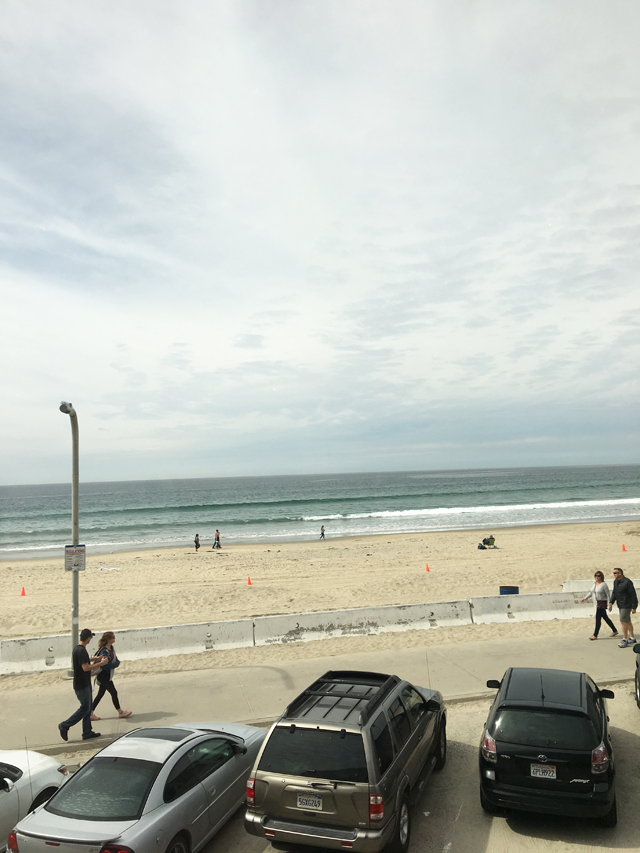 It was so good catching up with her and getting some good quality girl time in. I don’t know too many people in San Diego so I love it when people visit!

Ok so have any of you tried cauliflower crust pizza yet? Derek and I have been trying to be a lot healthier lately and upping our veggie intake so when we saw this at Trader Joe’s it was a no brainer. Guys let me tell you, if I only had to have pizza this way I would not be sad. It was so, so good for the fact that it was guilt free pizza. Let me know if you end up trying it! 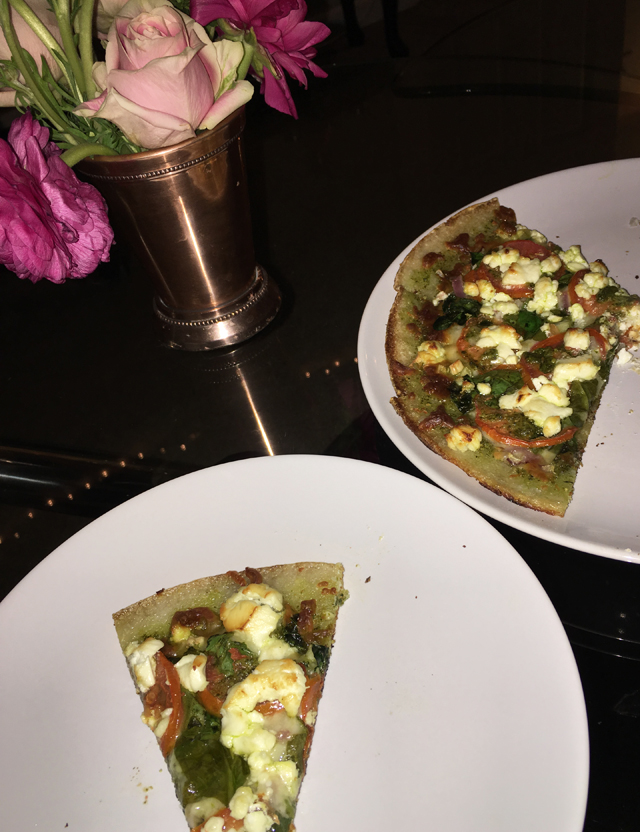 We headed out to our fav burger joint in San Diego, Balboa Bar & Grille. They only cook burgers medium. The first time I was there I was a little apprehensive, but now I won’t eat them any other way if I can help it. Strange because one of the waiters back home was telling me that you can’t specify how you want your burgers cooked in Canada. Oh, and here’s a pic of my jalapeño margarita. Yummy. 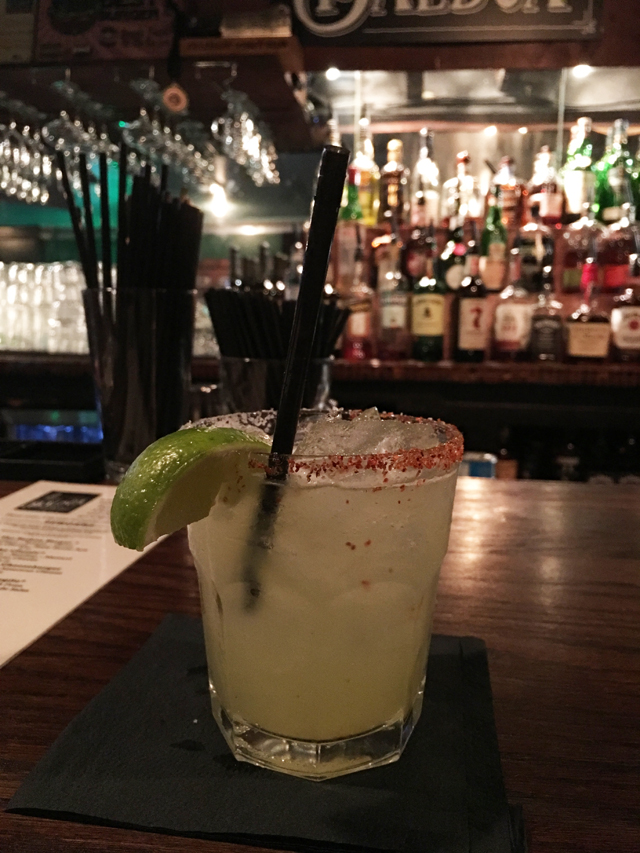 Had to check out the new Better Buzz coffee in Hillcrest. Such a nice place to take your laptop and get work done. Their acai bowls are pretty good, still prefer the one at Westbean in Bankers Hill. 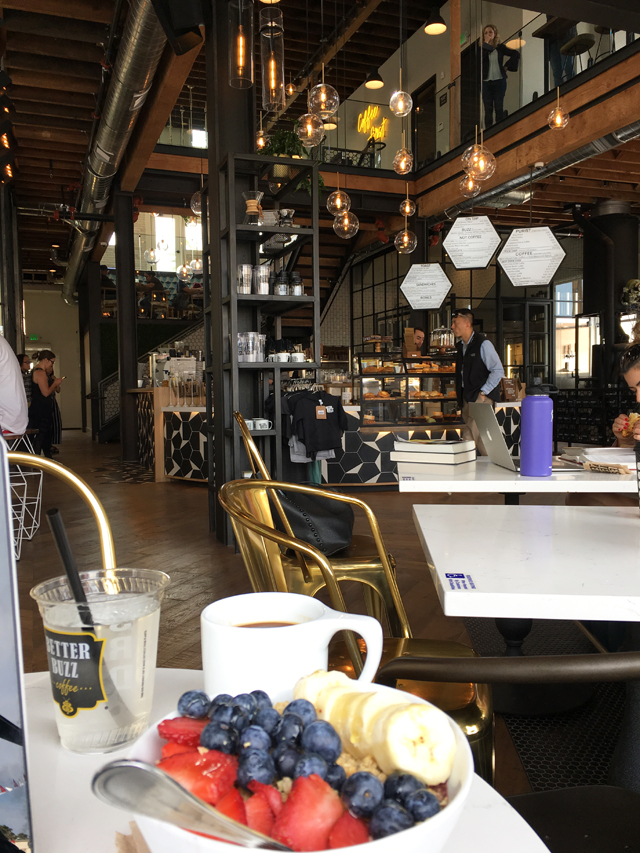 Met up with a fellow Skinny Confidential mentee, Rachel aka Cold Brew Chick! Lauryn started mentoring her after the end of my mentorship and we’ve formed a little mentee club/friendship! She’s such a sweet girl, go check out her Instagram!! 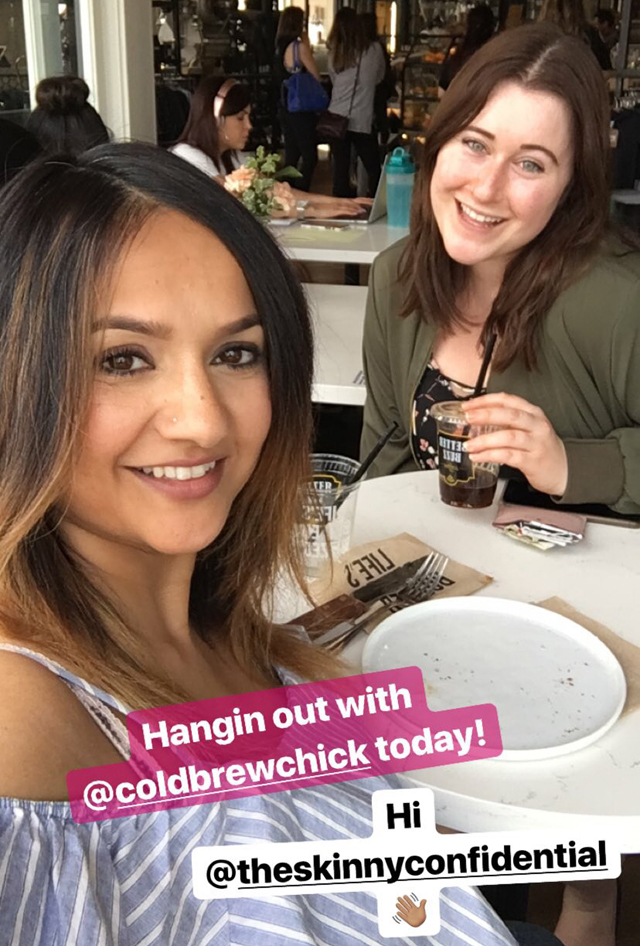 Ok so Derek has the sweetest neighbour ever in life. I saw her that morning when I left and when I got back this is what was left outside our door. You never know how much a thoughtful gesture like this can impact a person. Such a class act! 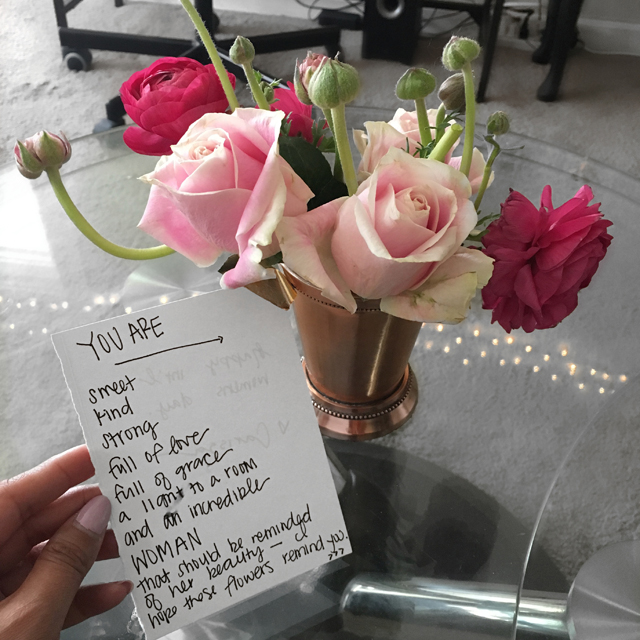 Saved the best for last aka the hubs 🙂

Sunday we were trying to figure out what to do, and decided to head over for drinks & appys in Little Italy, but when I went to grab my ID, I couldn’t find it!! Seriously started freaking out esp given that I’m not anywhere close to home. Derek calmed me down and got me to retrace my week and then I realized I left it at Waterbar that day with Amrita. So we called them, sure enough they had it so we headed there instead and ended up staying for drinks. 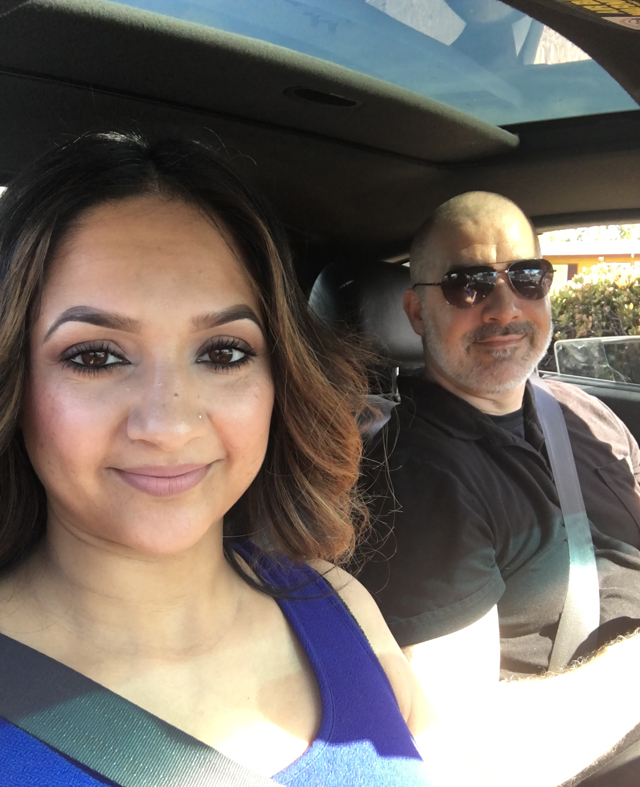 All in all it was a crazy, busy, fun week! Have you guys nearly lost your ID? I’m sure there are some more entertaining stories than mine out there, haha 😉

Hair loss can be a very emotionally challenging ex

Yes you can absolutely regrow your hair using natu