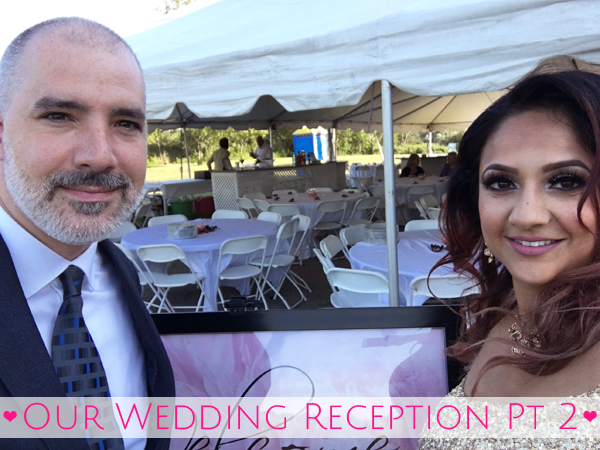 Got part 2 of our wedding reception for you guys! There were literally so many pictures to share with you guys that one post just wasn’t enough. You can see the first post here. This one here is a little introduction to my gigantic Indian family. Like 38 first cousins huge.

I can’t believe it’s been a whole month since the big day! It was so much fun guys! Like I mentioned in the last post, Derek and I stood at the entrance of the tent to greet all the guests. Here’s Derek and I with his mom and my parents. His mom drove up all the way from Ohio! She’s so sweet. 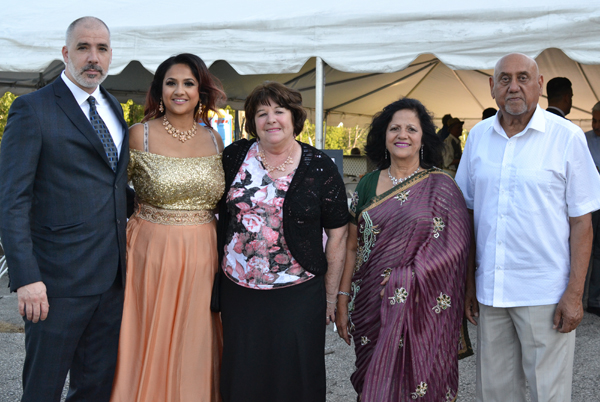 The ladies and gentleman. These are some of my aunts and cousins from my Dad’s side. Everyone looked stunning and I loved how they were all walking around and mingling in the yard. Perfect location for a party 🙂 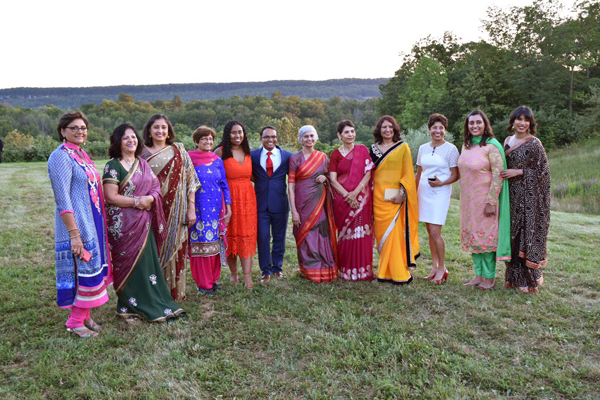 The Berar girls! Don’t they look so beautiful? You’ll recognize Monique on the left, Kelly is next to her and then on the other side of me are Mona and Reena. 2 sets of sisters with me in the middle 🙂 I don’t have a sister so these girls have been like my sisters since day one. 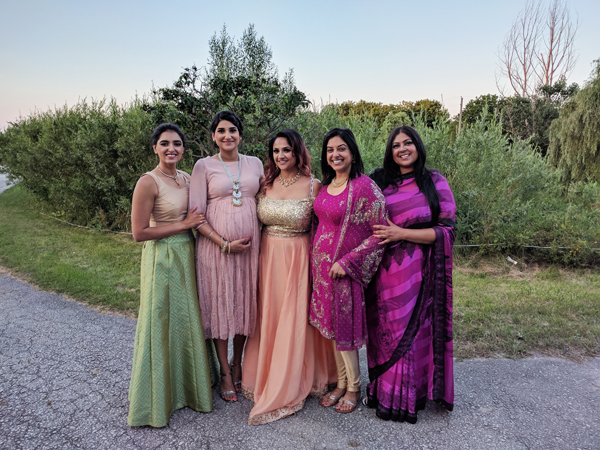 The Dhillon beauties!! These are some of my cousins on my mom’s side. You’ll recognize Sweety and Seema from Kai’s party, there’s also Shishee, Tejal and Dolly with the blond hair. Loving the pose ladies!

The Bella’s with my mom!! Don’t they look stunning in their saris?? Such good sports! They were loving it, Cara was excited to someday wear a sari to my wedding way back when I was single lol. 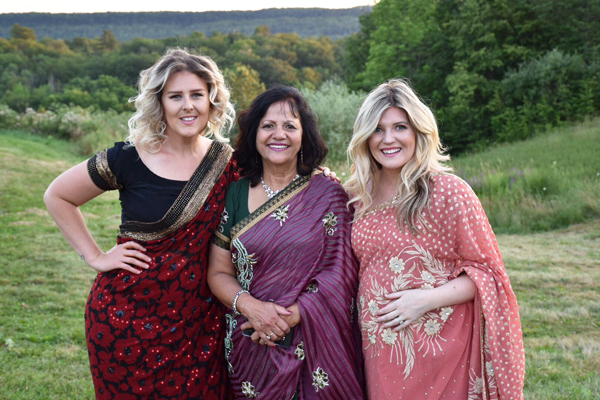 My cousin Sam and his family came up from San Francisco for the big day! Such a treat. The last time they came up to visit was like 8 years ago, so we were all so happy to see them. They stuck around for a week so we got to see them a few times. Juhi and Tania in the middle were so awesome when they met Derek the first time. They had a wedding to go to but they still popped by one of the pubs in the Distillery District in Toronto just to meet him. In their sari’s. Too cute.

My cousin Jyoti and her husband Parminder drove up from Connecticut for the big day. I had to include this pic of him with our grandniece (cousin’s-daughter’s-daughter it makes sense if you’re a part of an Indian family) Anahat were literally the life of the party on the dancefloor. These two have some serious moves!

Charan and Dipti. Dipti was amazing during the whole few days around the reception!! She helped so much and really made me feel special. We’re so lucky to have her. OH!!! And did I mention her and Dan are having another baby?! Kai’s gonna be a big brother! Can not wait to meet the new Berar baby 🙂 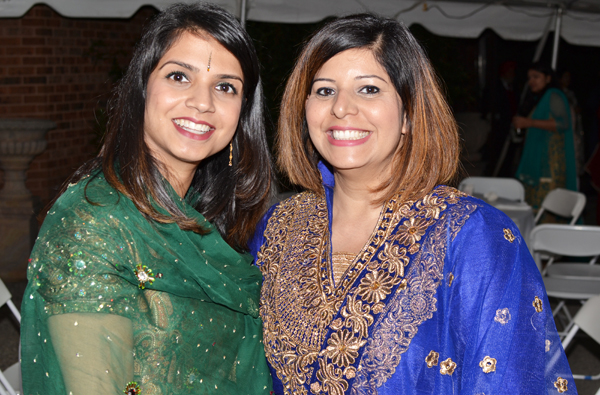 Raj, Jane and myself chatting away. Jane is such a gem, we met her back when I was a little kid and she’s always been so kind and compassionate and so enthusiastic about learning about our culture. Their son Robing recently got married and they did an Indian style party in a hall. Looked like so much fun! 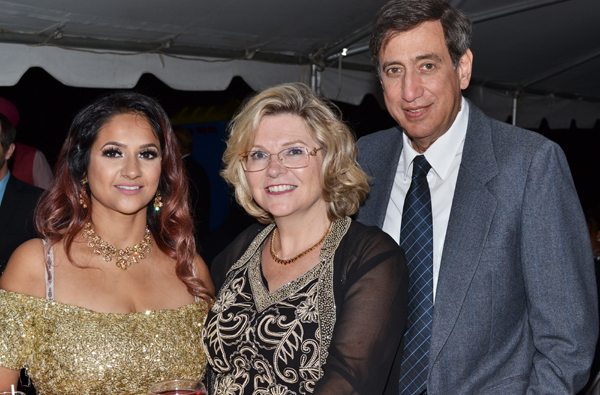 The boys! JT, Indeep and Diljeet, my cousins and cousin in-law on my mom’s side. It’s Indeep’s wedding next year and he was joking about how he wished he took notes during Derek’s speech on what to say haha. I’m sure you’ll do a great job Indeep 🙂 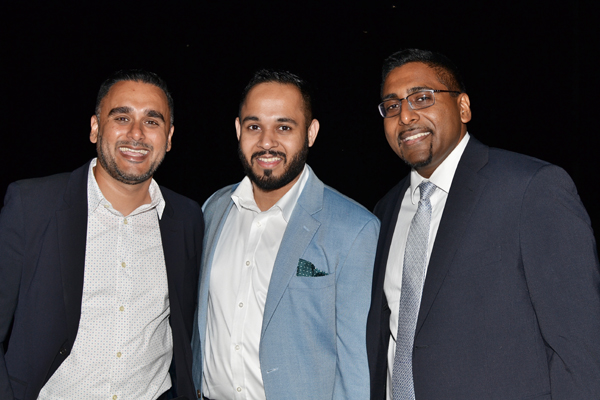 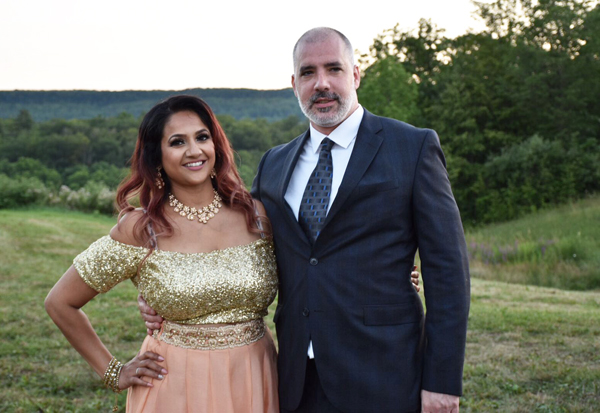 That’s it! Hope you guys all have a great weekend! Oh, if you’re around tomorrow I’ll be doing a little makeup tutorial on Facebook Live at 3pm EST.