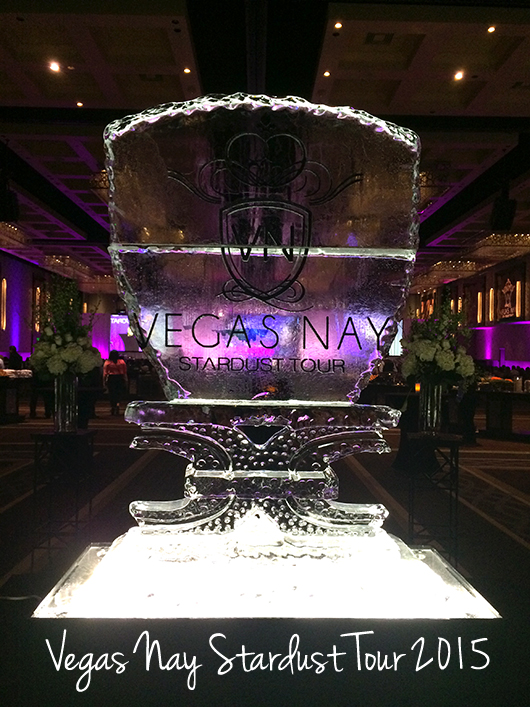 A couple weeks ago I went to the Vegas Nay Stardust Tour 2015 at the Cosmopolitan in Las Vegas. To say it was an amazing day would be an understatement. It was unreal. First off the convention room was gigantic and decorated so beautifully! Second, it was pretty much a packed house, so many people flew in from all over the place for this event. 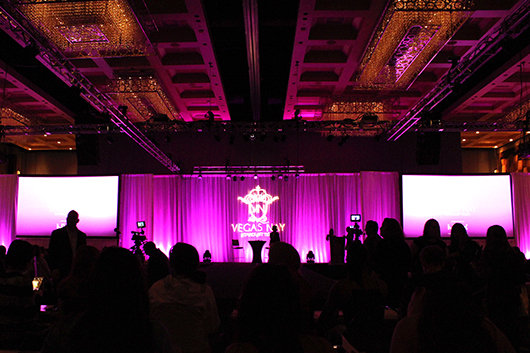 Naomi (Vegas Nay) is the woman behind the tour and also the woman behind the most successful beauty account on Instagram- she has over 3.6 million followers! Naomi is so kind and even more beautiful in person. She’s pretty far along in her pregnancy so I was so surprised by how much energy she had throughout the day.  She was so kind to her fans as well, meeting and taking pictures with everyone. Here are Naomi and I. Such an unreal moment 🙂 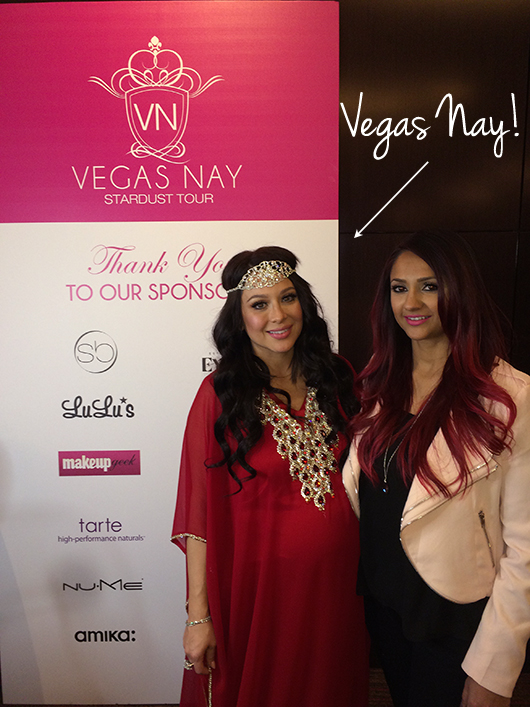 Naomi was one of the many artists that offered up their expert knowledge via on-stage demos. Her gorgeous model was actually her sister! A few of the tips I picked up from her- Make sure you get a facial at least once a month and this is the best concealer for mature skin. 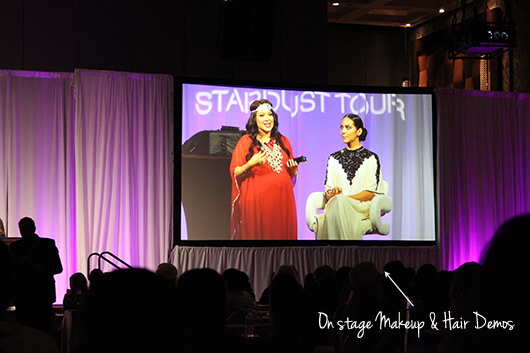 Ok one my 2 fav moments of the whole day- watching Scott Barnes do a full live makeup demo. Scott was JLo’s makeup artist back in the day when JLo was everything and he is the one responsible for the JLo glow. He’s also one of the 2 people that inspired me to be a makeup artist in the first place (the other is Kevyn Aucoin). So watching and learning from him was like a dream come true for me.

My other fav moment was getting to meet him. I actually met Scott a bunch of years back when he was up at Holts in Toronto promoting his makeup line. I think I was pretty openly excited about him bring there that he came over to my chair, grabbed the brush from the artist that was demoing on me, and did my makeup. I nearly died I never wanted to wash my face ever again. 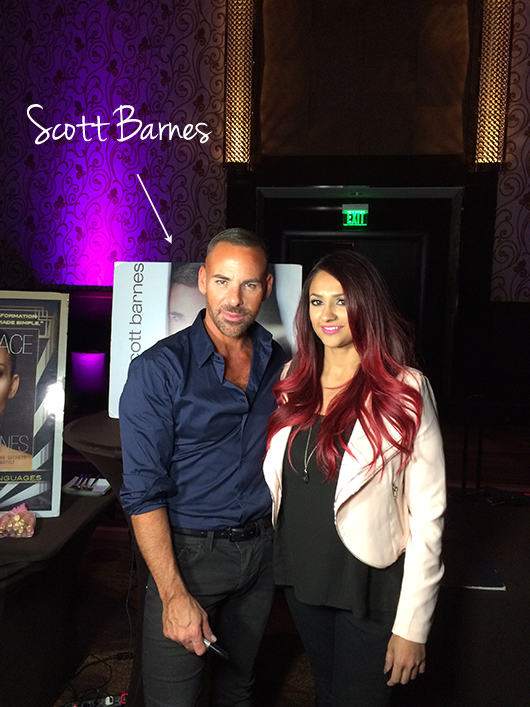 Besides makeup demos we got to see a few live hair demos by celebrity hairstylist, Artak. I would equate watching him in action to what it would’ve been like watching some of the biggest painters like Michaelangelo or DaVinci paint. A true artist, so meticulous and undeniabley talented. His one fav hair product to do pretty much anything? This one here. 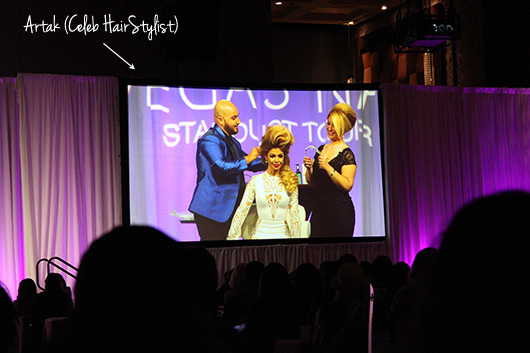 Another amazing moment was meeting this lady right here- Ely Marino. I’ve been following Ely on Insta for a while and I love seeing her pics in my feed! She’s crazy talented and takes amazing pics! Her husband was on stage talking about the best cameras for close up makeup pics. The general consensus across the board, the Canon 5d Mark iii is tops for just about everything. 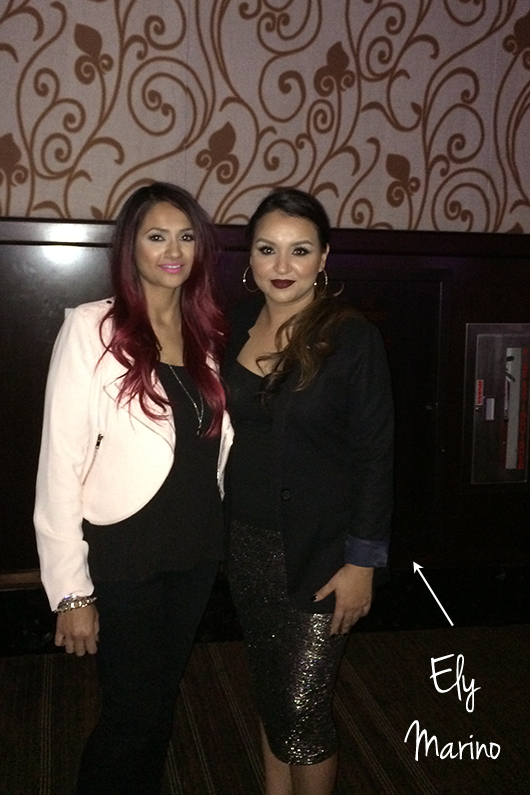 One of the funniest moments of the day was when the founder of Too Faced Cosmetics, Jerrod Blandino took the stage. This guy is hilarious. Definitely gave me a new appreciation for Too Faced, although I already obsess over their Better than Sex mascara.

Missy Lynn was there as well doing a demo. Missy is super sweet and kind and absolutely gorgeous. I love her youtube videos!! 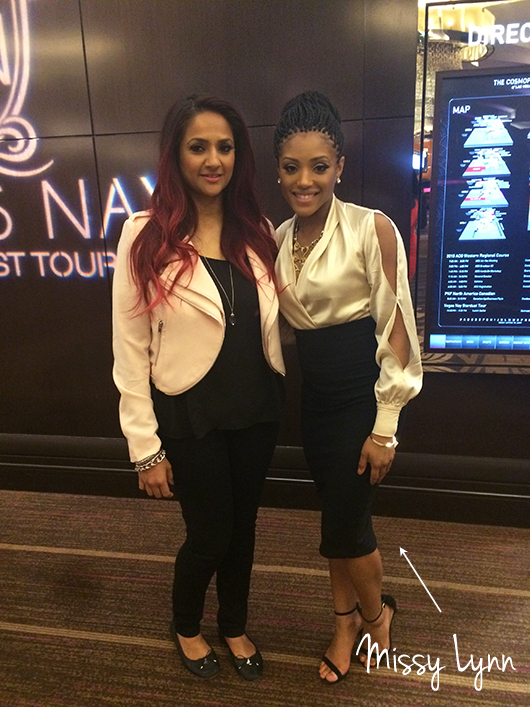 Another surreal moment was meeting and interviewing Teni Panosian. Teni is hands down my absolute fav youtuber of all time. She is gorgeous and kind and sweet and crazy intelligent. I absolutely love women like her. I got the chance to interview her and I’ll be posting that as part of my inspirational women series in a bit. 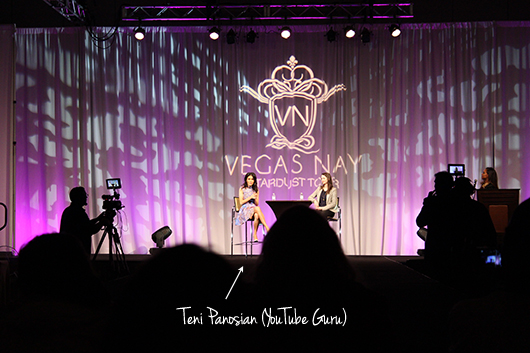 All in all the Vegas Nay Stardust Tour 2015 was well worth the trip to Vegas (like that’s ever a chore anyways). I’d def recommend it to anyone looking to learn and be inspired 🙂