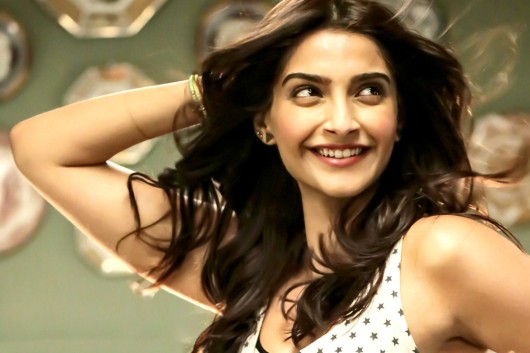 Sonam Kapoor is one lucky girl. Not only did she get to grow up as the daughter of famous actor Anil Kapoor, but she is the first actress to star in a Bollywood Disney film. I couldn’t think of a better person for the role!

Sonam in real life has turned herself into quite a style icon. From her fashion, to her hair & makeup, everything she does is immaculate. Her hair in the film Khoobsurat is perfect and a great go to look.

Here’s how my Sonam Kapoor Hair tutorial from the film Khoobsurat: